Nine Outsider Chefs That NYC Has Chewed Up and Spit Out

Share All sharing options for: Nine Outsider Chefs That NYC Has Chewed Up and Spit Out

With the news that San Francisco import Nate Appleman is now out at Pulino's and the even more recent news that lauded Chicago chef Laurent Gras is heading to New York, it's time to think about that interesting breed: the star outsider chef that comes to New York. Why: because things often don't go as planned. Most of these chefs have relied too heavily on the hotel model, some haven't been able to deliver the quality food they're known for, while others just don't seem to get it. At all. Here's a sampling of some of the most notable examples of chefs who tried to invert Sinatra's logic, with mixed to poor results.

1) Alain Ducasse: The poster boy for successful outsiders who don't get New York, Alain Ducasse has a long history of not fitting in and thumbing his nose at people who venture to point it out. His project at the Essex House was a superb classic haute French restaurant, but as many observed, the whole thing with the pens and the pomp was of an even more excessive stripe than things you'd find in Paris. Then came Mix, a failure Ducasse cluelessly mused about in an Eaterrogation: "Maybe it was too contemporary and the address was not the right address and maybe the price was not the right price at the right time." Maybe.

Now there is Benoit, a harmless if slightly mediocre brasserie in the former Côte Basque space, and Adour, a New York Times three-star that's proven just as innocuous. He hasn't hit it out of the park yet. But if a clearer case of "it's not us, it's you" exists, we don't know it.

2) Nate Appleman: It was exciting enough when the west coast chef Nate Appleman announced he'd be coming to New York, but the news that he'd be coming to New York and teaming up with Keith McNally seemed too good to be true. And a bit curious, considering that Sir Keith doesn't usually go with the big names (and their concomitant egos). It fell apart in less than a year, as chef and owner clashed: Appleman wanted a venue in which he could really express himself, while McNally wanted to craft a high-volume place with results (including better reviews). The collaboration never found its groove, and rumor has it Appleman's "personality" didn't help things. 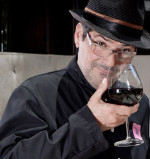 3) Douglas Rodriguez: In her 1996 review of Douglas Rodriguez's Patria, Ruth Reichl described how a young chef from Miami had helped her rediscover her "ability to be surprised by food." Patria was a brilliant hit that established Rodriguez as the nuevo Latino pioneer and paved the way for the wildly successful one-two punch of Chicama and Pipa. But something happened as DRod went into the business of nationwide empire building: quality diminished, as did creativity and focus, and New Yorkers weren't having it. Ola didn't work out, and most recently Nuela -- at least with Rodriguez on board -- never even happened. It's safe to say the chef has shifted his focus elsewhere, specifically Miami, where projects like his new seafood spot at the Hilton have been well-received. But one hopes the chef will take a break from opening up in hotels to come back and play with the big boys.

4) Govind Armstrong: This guy. With a west coast pedigree that includes names like Mark Peel, Nancy Silverton, Susan Feniger, and Wolfgang Puck (whom he started training under when he was 13), it's safe to assume Armstrong's got the goods. But Table 8 in the Cooper Square Hotel was an utter disaster, a hotel restaurant of the worst kind; noisy, weird, and with shitty food, it was panned accordingly. Dude just never got it.

5) Joel Robuchon: The "chef of the century," whose Atelier at The Four Seasons on 57th Street is sitting on a Michelin star and, more importantly, three Bruni étoiles, shouldn't be included on this list, right? Wrong. Robuchon's case is an interesting one, as the expansionist chef hasn't failed in conventional terms. But if you think about it, no one talks about his restaurant, the chef himself isn't much of a presence in New York, and recent visits reveal that the food, while undeniably excellent, isn't what it is at the Paris outpost or even the one inside the MGM Grand. One could say it's because the restaurant is an import and not a New York product, but we can't reject the Atelier model solely based on that. The true problem here is the establishment's strange spatial arrangement on the second floor of the building, which has managed to secure its place in hotel restaurant purgatory. 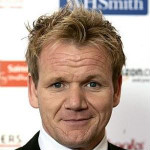 6) Gordon Ramsay: Thought that the British celebrity chef's eponymous foray into New York fine dining had closed? Nope! Gordon Ramsay at the London remains open—despite its tepid reception by New Yorkers and the chef's divorce from the project—along with his relatively more successful casual project Maze. Like L'Atelier, this is the case of a restaurant getting lost inside a hotel—except the food isn't as good here. For all the man's yelling on TV, it's one hell of a snooze. 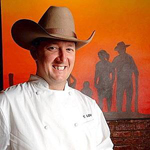 7) Tim Love: Remember Lonesome Dove Bistro? We've blocked it out, too. But for a refresher, please direct your attention to Frank Bruni's 2006 zero-star review, in which the critic took aim at the restaurant's "contemporary cowpoke cuisine" and described how the project gave visitors "a sense of the way whimsy and overworked motif occasionally triumph over good judgment." It was back to Texas soon after that, where, to his credit, Love has continued to succeed.

8) Susur Lee: The Hong Kong-born chef has done wonderful things in Toronto, most notably at the celebrated Susur (now Madeline's). But when Lee came to New York's Thompson Hotel in 2008 he created a restaurant geek punchline: Shang. It has become the archetypal example of what happens when a big time outsider doesn't understand what this city is all about. 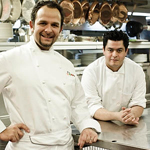 9) Fabio Trabocchi: After successes in London and especially Virginia, the Italian chef came to New York, where his fanciful Italian food at Fiamma earned serious praise. Then the restaurant became one of the first victims of the recession. Trabocchi re-emerged as executive chef at the Four Seasons, where from the beginning he proved an odd fit for the classic restaurant; the partnership dissolved in less than three months. The talented man is helping out at MePa's Villa Pacri before opening his own, new restaurant in more comfortable territory, Washington D.C.
- Gabe Ulla
Did we miss someone huge? Think Fabio or Dougie shouldn't be on here? Put it in the comments.