Over on Curbed NY, they're running an ongoing feature about scaffolding and construction nightmares. The latest: 86 Bedford, a.k.a. Chumley's. For those new to the Chumley's saga it is as follows. The Prohibition era bar closed in 2007 due to an unstable chimney. Most of the building was later dismantled. Throughout the ensuing three years, various reports of Chumley's demise and resurrection have surfaced, but never has the bar looked close to reopening. The last report, filed in September '09, had them debuting no sooner than this fall. But that opening date is not coming anytime soon, with or without that above exciting image of a full dumpster. See evidence below. 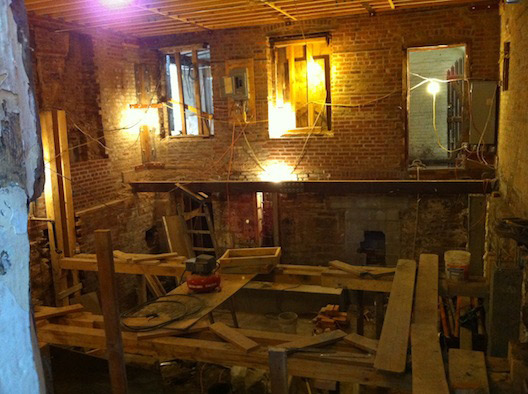