Share All sharing options for: Five Other Fall Openings We'd Love to See

As exciting as many of the big fall openings are, sometimes it's easy to wish that the same chefs restaurateurs had created something slightly different. Here are a few suggestions: 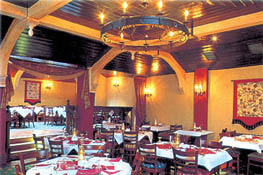 5) A Ken Friedman/April Bloomfield Chophouse: There's a lot of excitement for the new John Dory in the Ace Hotel, but what most people really love about April Bloomfield's cooking isn’t the fish — it’s the meat. We'd love to see the Spotted Pig team tackle a Medieval-themed English chophouse set in a cavernous dining hall with large crests hanging from vaulted ceilings, multi-tiered chandeliers affixed to pulleys, a wall of beer casks, and tattooed waitresses in frilly corsets. Ideal for the menu would be mammoth turkey legs rendered in bacon fat, mutton chops slathered in boar marrow, and a leg of lamb, stuffed inside a pork butt, baked into a kidney pie. Two bars, seven tables, a secret third bar in the basement, lots of Black Sabbath and Dr. Dre on the stereo — it’s a guaranteed hit. Herald Square is calling you, Ken and April. [Photo] 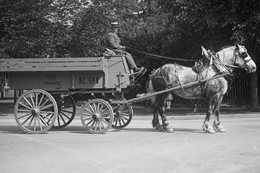 4) Donatella’s Meatball Wagon: By all accounts, the new Chelsea restaurant from Donatella Arpaia, Donatella, is serving top-notch pies, but seriously — how many more master-crafted traditional 12’’ cheese-slides-right-off Neapolitan pizzas do we need in this city? Ms. Arpaia really should have expanded one of her more unique concepts, Donatella’s Meatball Wagon, into a full-blown mobile restaurant. Hungry office workers all across the city would no doubt line up for her “terrific” meatballs, pressed paninis and pasta bowls, and she could even stick to her Puglian roots by creating a blinged-out carriage drawn by an actual horse or mule. The sight of Arpaia making her way through the city’s traffic, dressed in traditional peasant garb, reins in hand, would be better advertising than any good review she might get. [Photo] 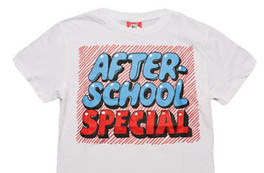 3) An Artichoke Snack Bar: Artichoke's expansion into a sit-down pizzeria makes some sense, but really, we want to see the Basille cousins continue to evolve their awesome take on teenage boy food that they do so well at This Little Piggy Had Roast Beef. To them we suggest a toaster oven-based pop-up in the back of Welcome to the Johnson’s, where the cousins could crank out an affordable list of “after school specials” like Triscuit marinara nachos, Artichoke pizza roll minis, and roast beef and smoked mozzarella Hot Pockets. Top anything with salami for $2 extra, call it “Ma, I’m Hungry.” [Photo] 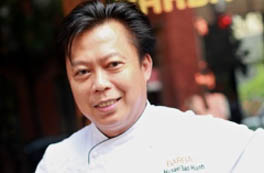 2) Una Pizza NaBoaletana: Unfortunately for Michael Bao Huynh, his newest concept Baorrito opened at the same time as another big Asian-Taco concept, Korilla. Because the man is a true original, we’d love to see him apply his touch with fusion projects to the one kind of comfort food that he hasn’t yet conquered: pizza. We’re sure that if Mikey spent a fortnight in Naples, he could come back to New York, find a space in the east teens, and open that sucker up in less than nine days. Think personal 12’’ pies, topped with shredded duroc pork or sliced lemongrass beef carpaccio for $9.50 a pop. Bao recently told us that he’d even like to do a pizza project with his one-time protégé Spike Mendelsohn — maybe now’s the perfect time for that to happen. [Photo] 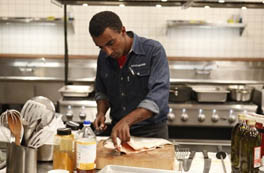 1) SamuelssonBites 1.0: At this point, it’s hard to say when Red Rooster, Marcus Samuelsson’s massive new project in Harlem, will open. It's a huge undertaking, and because Red Rooster promises to offer a lot of great services to the community uptown aside from semi-fine dining, here we suggest that Marcus keep that space as a lounge, performance space and café and save his cooking theatrics for a series of one month-long, roving pop-ups, like the ones that his fellow Top Chef Masters star Ludo Lefebvre does in LA. We know the man loves to do off-site-events, and lord knows that he has a lot of talent behind the stove and a wide, expansive palate. Here, diners could really get to see Samuelsson in action, and it would allow him all the time he needed to pursue his many, many extracurricular activities. [Photo]