Know of any other restaurant that has met its demise? Let us know. 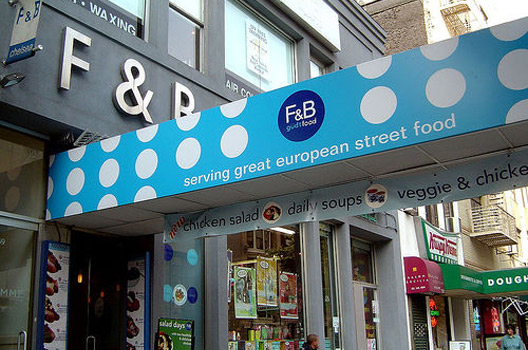 [Photo by the wonderful Roboppy]

1) Chelsea: Jeremiah Moss and Chelsea Now sadly report that Frank's Deli on 9th Ave. shuttered after 32 years in business. A few years ago, the building changed hands and the new landlord has decided not to renew. Says one local, "It’s just devastating for the neighborhood." And another, "Frank’s was gathering place for everybody in the neighborhood—people from projects, rich people who own fancy apartments, people from the seminary and everybody in between." A Mexican restaurant called Lime Jungle is opening in its place. [JVNY; CN]

2) Lower East Side: Bowery Boogie brings word that Waffin Tea Room on 161 Allen is moving out after one year in business. A sign in the window implies the business will reopen elsewhere. [BB]

3) Chelsea: From a concerned tipster: "Went to F&B on West 23rd St. the day after X-Mas and it was closed (which I thought may be due to it being closed for the holiday weekend). But it has remained closed, no sign indicating closure, and now the all the stools, order counter and most of the inside kitchen is gone. Guess it didn't make it to 2010..." A call to the restaurant confirms. [ShutterWire]

4) East Village: EV Grieve reports that surprising news that the Dunkin' Donuts on 2nd Avenue between 10th and 11th is all papered over. [EVG]

5) Brooklyn Heights: Le Petit Marche has closed and will be replaced by Bread & Butter. [Zagat]