An Eater operative sends a report from the front lines of the first Minetta Tavern brunch. His thorough report is next, menu below:

McNally himself was in the house, overseeing the proceedings while having brunch with his family. The whole place is more relaxed compared to dinner: service is looser (but still great), the room is lighter, etc. I knew that the entire staff was really jazzed about finally launching brunch when I was told by about four people to order the salt cod dish--next time...

Key items include the citrus salad, a remarkably light french toast and the latkes (basically eggs benedict with latkes and lox). As always, some will complain that you're paying a bit of McNally tax for the scene and there's some truth to that: on the brunch menu, even more than at dinner, everything seems a few dollars too expensive, even when compared to his other restaurants.

Brunch runs Saturday and Sunday from 11 - 3 and may be most diners' best hopes for getting into the place before 11 PM. 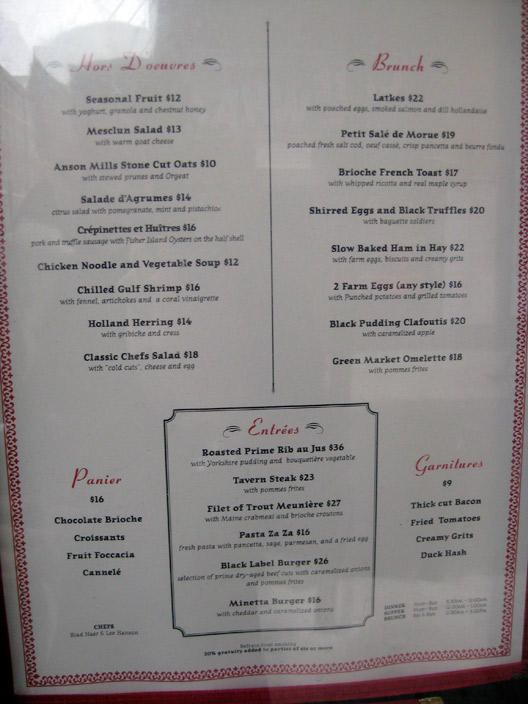