Share All sharing options for: Roll Calls: Where the Industry Ate Last Night

Last night, the food industry VIPs came out in droves to the Eater/SD26 New York Wine and Food Fest kickoff party (more on that later), but that wasn't the only show in town. Andrew Carmellini debuted his Monday night fried chicken dinner at Locanda Verde, Freemans had their five year anniversary, and three imported chefs stormed the gates of wd~50, Momofuku Ssam Bar, and Milk Bar. A roll call from the Twitter field: 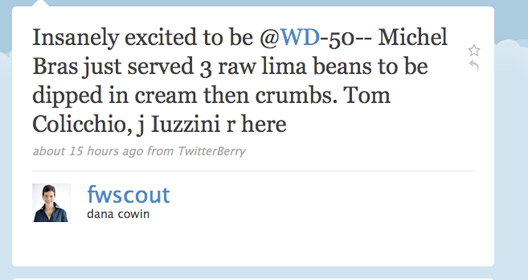 So did Gael Greene 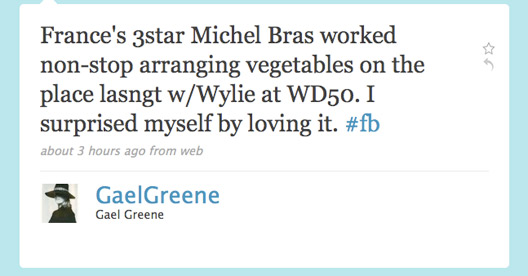 The Times' Jenny 8 Lee has a report from Milk Bar:

Party gal Kate Krader hits up the Momo after party: