Following a health care speech on Wall Street, President Barack Obama and lunchmate former President Bill Clinton decided to break bread at the Village's own Il Mulino. They are eating lunch there right this second, and of course (above), the crowds are gathering. WSJ and City Room are on the case, but have yet to chronicle what is being ordered, waiter banter, the details of the bread basket, etc. Send all reports, pictures, twitpics of signed autographs this way.
UPDATE 1: More photo evidence here, here, here, and here. People: What are they ordering? Also, Obama sure has a thing for the Village, eh?
UPDATE 2: What?! Disgraced former Illinois Governor Rod Blagojevich spotted dining on Hudson St. Photo evidence here. 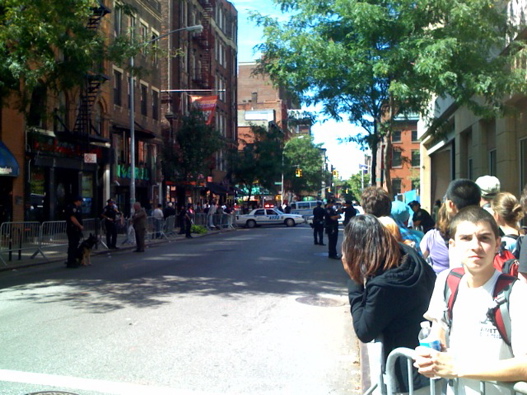 UPDATE 3: Says a tipster having a meeting across the street: "There are snipers EVERYWHERE." 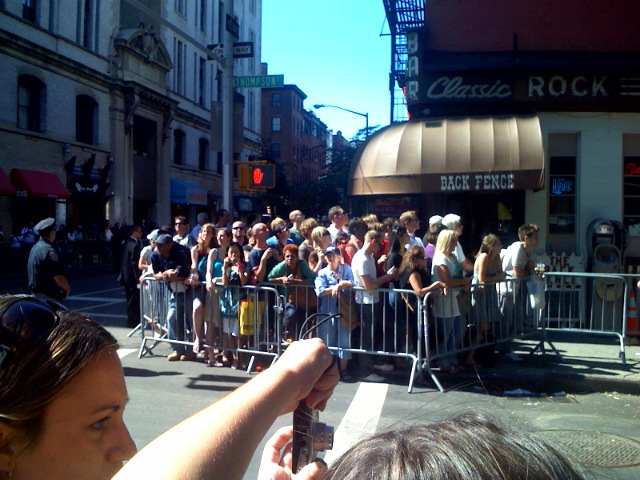 UPDATE 4: Per markknoller: "Obama lunch with Bill Clinton ends with Clinton telling reporters: "We had fish, pasta and salad. Even I was healthy."
· Obama and Clinton Try Italian for Lunch [WSJ]
· Il Mulino [Official Site]