FiDi: Yesterday, workers in the Financial District were so ravenous for some barbecue from Will Goldfarb's new food trailer Picnick, Smoked that they formed lines wrapping around the block and consumed all supplies by 12:30. Not much has changed on day three. Reports an on the scene tipster: "Already a crazy 50 person line waiting in the hot sun for barbecue at Wall St. and South St. The dude is not even open yet, and taking his time, acting like a celebrity. Very annoying!"

Mister, stop acting like a celebrity and serve these hungry people your messy sandwiches. The mob must be fed or it will turn on you! 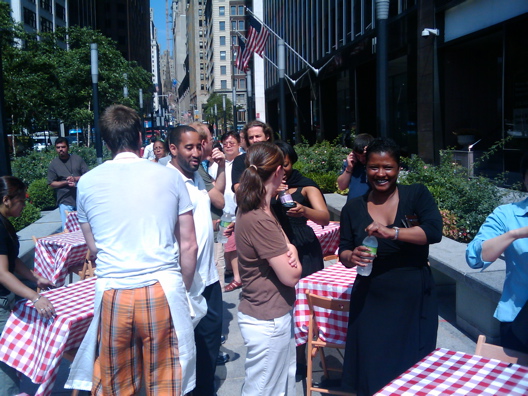 Later, the man starts handing out water. Sayeth the tipster: "Nice! But dude, get the cue ready!"