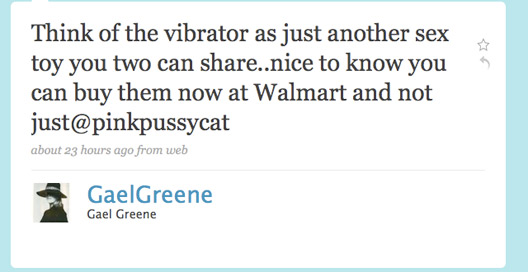 @plattypants: "Cutty says DBGB is the sausage capitol of the world. Platty says it's a yuppie beer hall."

@amateurgourmet: "Jason Sudeikis, Justin Long and Cameron Diaz are waiting for a table at 'ino."

@williamtigertt: "Ate @ Five Leaves on way back into city. Decor and food were excellent. Unfortunately, service was poor and dining room was sweltering."

@Gachatz: "Daniel Humm in the house tonight. Had a great meal at 11 Madison a while back. Will be trying to blow him up tonight...."

@ilanhall: "I'm so glad I wasn't popular when I was younger. It seems that all the cool kids have become the biggest douchebags."

@RichardBlais: "People who give parents mean looks on planes cause their kids are being kids are scum. Go buy a jet jerk wad ?"