Close readers of this website may have noticed the absence of the popular feature BruniBetting lo these past two Tuesdays. The reason for its absence? We knew Frank was about to announce his retirement and wanted to beat him to the punch. Ha, ha. No, actually, that's not the reason. It's because we've remanded BruniBetting to its creator, odds expert Ben Leventhal; in its stead, we present a new, more populist alternative that will see us through the end of the Bruni regime and into the next generation of Times food criticism. Herewith, the debut of Ballpark Frank. Your assistance is kindly requested. 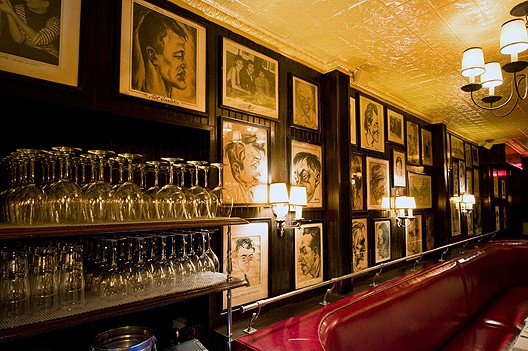 Tomorrow, lame-duck NYT restaurant critic Frank Bruni drops his eagerly anticipated review of Keith McNally's Minetta Tavern, the critic's first McNally assessment since his Morandi bomb in 2007. There's historical background for those who need it after the jump, but for those who don't: what do you think Bruni's going to do? It's time to vote.

Background: The Bruni gave a one-star slam to McNally's latest project before Minetta Tavern, Morandi, which the restaurateur chalked up to the critic's sexism against its female chef. Around the same time, he also gave Soho stalwart Balthazar a negative Diner's Journal entry. Balthazar (2 stars), Pastis (1 star), and Odeon have not yet received formal reviews from Bruni. One thing McNally has going for him this time around: Frank loves a good burger.

Previous Reviews: Jay Cheshes gives it four out of six stars; Adam Platt awards it two stars in a mixed review; the RG awards three, Ryan Sutton is a fan, Ruth Reichl is blown away, and for the most part, Robert Sietsema leaves fat and happy.

Your thinking, reasoning, and general smack-talking welcome in the comments below.
· Minetta Tavern [NYT]