Share All sharing options for: Doug Psaltis Surfaces at Smith's 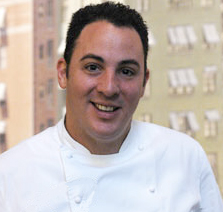 The one and only Doug Psaltis, who was a rising star before he made a real mess of several up-market kitchens, including ADNY, Mix and Country, is now a chef/partner at Smith's on Macdougal Street. He's had some success with the critics—in fairness there are three and four star restaurants among these failures—but with actual New York diners he's never gotten any love. (All the terrible venues above are now, of course, closed.) It's an interesting move for Smith's, which has thrived as a casual, warm neighborhood restaurant. If Psaltis can pull off this new look consider him back in a big way. Smith's co-owner Danny Abrams confirmed the move to us this morning; word on the timing and menu changes TK. [EaterWire]