Bamn! isn't the only recent shutter. Here are four more (some hopefully temporary) from the last week. Know of more? Let us know 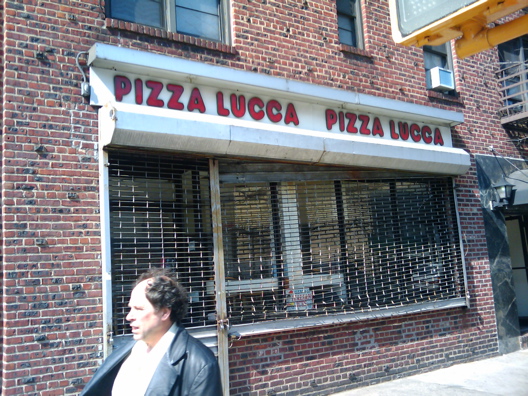 1) West Village: A number of readers have written in since Friday to mourn Pizza Lucca a "swell neighborhood joint" on the northwest corner of Hudson and Charles. Writes one, "Beloved West Village pizzeria Pizza Lucca - where moms and dads from nearby PS3 used to take their kids for slices after school - is seemingly down for the count, the gates pulled down for three days and the interior devoid of any visible foodstuffs." [ShutterWire]

2) Cobble Hill Grub Street reports Lobo, "the Brooklyn Tex-Mex place loved more for its margaritas than its food", will close on March 23 for a month for "renovations," though Grubz wonders if they'll ever reopen. [GS]

3) East Village: EV Grieve notes that Ryan's Pub on Second Avenue and 9th has been closed for over two weeks now, though a work permit hints it might just be a revamp. [EV Grieve]

4) East Village: EVG also notices the windows at Ray's Pizza on A between 12th and 13th are completely papered over. Like the others, they are closed for renos, but also like the others, we wonder if they'll reopen. [EV Grieve]