Lawsuits: Famed Tavern on the Green Sued for $90k

Share All sharing options for: Lawsuits: Famed Tavern on the Green Sued for $90k

Central Park: Just a day after the Parks Dept. began inviting suitors to offer up proposals for a new restaurant in the Tavern on the Green space, we discover the owners of the fabled restaurant might have a few other problems to deal with before they get their own bid in order. According to a complaint filed with the New York Supreme Court, they are being sued for $90,745.49 in back payments to purveyor London Meats. Remember, this lawsuit comes just seven months after the restaurant settled a whopping $2.2 million discrimination lawsuit. Danny Meyer, Donald Trump: this may be your opportunity to swoop in and seal the deal. 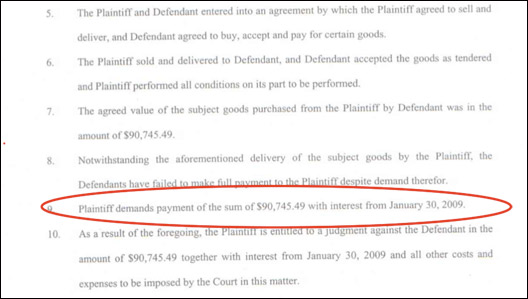 · Start the Bidding: City Now Accepting Proposals for Tavern on the Green 2.0 [~E~]
· A Copy of the Complaint [Official Document (pdf)]