East Village: Starting March 10, Momofuku Ssam Bar will launch a series of charity dinners to be held in their Milk Bar/PDR space. Each dinner will feature one farmer and one vintner, with all proceeds going to City Harvest and the Food Bank of New York City.

The first dinner, which runs $200 a head, will be a multi-course tasting menu centered around a whole hog, provided by farmer Bev Eggleston of Virginia, with wine from Larry Turley of Turley Wine Cellars.

Ssam's chef de cuisine Tien Ho will be in charge of the preparation, sommelier Cory Lane, the pairings, and both will join the purveyors to talk to diners throughout the meal. It's unclear how many more dinners will be in the series—we're guessing because it's unclear how many people will shell out $200 in these tight times—but if there's enough of a positive response, we're expecting this to be a regular thing. See the full invite below, and rsvp here if interested in attending. 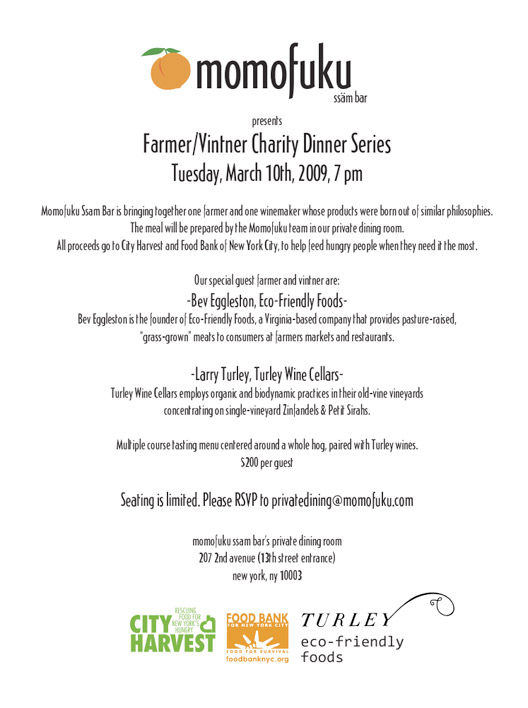