The Great Nightlife Venues That Came And Went in the Aughts

Share All sharing options for: The Great Nightlife Venues That Came And Went in the Aughts

New York City nightlife was undergoing a major transition at the dawn of the 21st century. Mayor Rudy Giuliani had declared war on dance clubs, the days of the Club Kids were in their final throes and the reign of Peter Gatien and clubs like Tunnel were winding down. A new, more luxurious model began to take over, as club owners began to build smaller places and focus on attracting a high end clientele who were interested in paying for bottle service. As the aughts wind down, we took a look at a few of the memorable venues that we lost during the last decade. 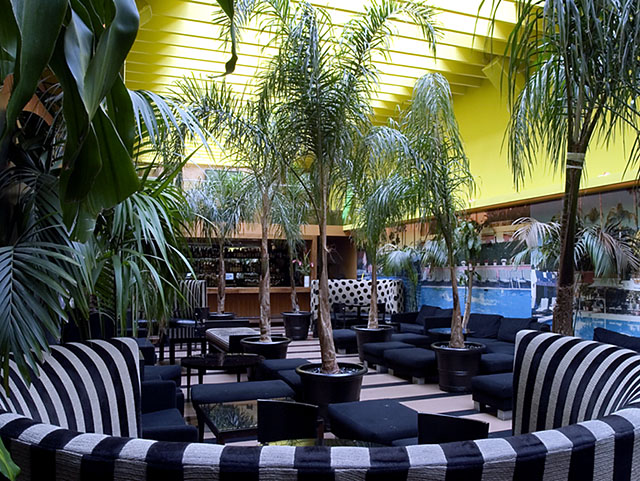 Lot 61 – The dominating force of the early aughts of New York nightlife, Amy Sacco actually opened the uber successful Lot 61 in the late 1990’s. The bar was famous for having 61 flavors of martinis and a delicious cosmopolitan, which seem so horribly lame now but were actually headline grabbing at the time. Sacco poached most of her high end crowd when she opened Bungalow a few years later, but Lot 61 had a pretty good run, and like Bungalow, the space managed to carry on for several years after it had fallen out of favor with the scene. The last time we were there, we shared a table with a guy spending his last night on the town before heading to prison for a year. Memories.

Centro Fly – Much like Avenue is going for the gastrolounge ethos, Centro-Fly sought to create a more sophisticated setting for the aging crowd who had grown tired of hard core dance halls like Area and Vinyl. The long shuttered 21st Street lounge was named after a long defunct store in Milan and had a mod design, offering both food and dancing to a house music loving crowd. It also had some serious DJ’s and parties complete with a state of the art sound system and light show. If our memory serves us correctly, they also served a delicious tuna entrée all night. Centro Fly eventually shut down and was replaced by the unfortunate Duvet, which itself was just ordered closed.

Spa – After his genuinely outstanding Life closed down, Uncle Steve Lewis brought much of his gang to Spa, a raucous water themed dance club near Union Square. Spa’s business model was predicated on pricey entrance fees, a booming sound system, and a crowd mix that would let you know that you were partying at a nightclub in New York City. Spa also sold 16 different types of bottled water, another of those trends that must have been so original at the time but now seem just plain silly. Looking back, Spa seemed to be holding onto a different era as a new business model of bottle service emerged

Lotus – A certain level of foresight was in play when David Rabin, Will Regan, Mark Baker and Jeffrey Jah opened Lotus on the corner of 14th Street and 9th Avenue in what would become the center of nightlife in New York City. Lotus was meant to be a place for everyone, dancing dining, conversation and wildness, and as the Meatpacking District developed, the space was a raging success. But with all the flurry of openings in the area over the past 10 years, Lotus became an afterthought to its original patrons, and was unable to attract a new crowd. With Baker and Jah no longer in the picture, the space was taken over in 2008 by Eugene Remm and Mark Birnbaum, who were just wee promoters when the space opened.

Luke and Leroys – Less about the actual bar itself than for the famous party that it hosted. L&L was the home of the infamous MisShapes, a weekly party that brought the hipster elite out from the shadows and into the southern West village to hear the amazing DJ work of Geordon Nicol, Leigh Lezark and Greg Krelenstein. The MisShapes had everything you could want in a gala – costumes, tourists, tight pants, and Leigh Lezark, Princess Coldstare herself. The event wound down in 2007, when the bar went out of business and the MisShapes started touring, released a book, and were over it.

Studio B – Dancing, late night parties and a DIY vibe in a Brooklyn nightclub. Only Studio B can fit that bill. A former Polish dance hall was commandeered by the owners of the Delancey and gave Greenpoint an outstanding alternative to traveling into Manhattan for a late night of dancing and debauchery. Unfortunately, the community was always against Studio B, and the clubs attempt to get a rooftop expansion somehow was the fuse to the club’s lengthy and sometimes confusing demise.

Bungalow 8 – After the success of Lot 61, Amy Sacco opened her second venue on a desolate West Chelsea street in 2001 in a dilapidated warehouse and garage on West 27th Street. Sacco and Bungalow rode a Sex and the City wave and the space quickly became the hot spot of the beginning of the decade. And while the club remained successful for many years, it also spawned a number of imitators. These second comers never achieved Amy’s level of success or notoriety, but they did poison the street that Bungalow existed on, bringing a seedier and less desired nightlife element to its doorstep. It was a major turnoff for customers, even if you were friends with the owner. And while Sacco is hoping to drum up interest in a revamped Bungalow in 2010, it will end this decade as being closed.

The Beatrice Inn — The Bea was a reaction to and the antithesis of many of the clubs described within, going against the bigger and more expensive is better motto to create an intimate and often raging dance hall set in a former and tiny restaurant in the West Village. With a great mix of classic rock and Motown and an a relative hands off attitude, Paul Sevigny and crew attracted an A list crowd with what seemed to be little to no effort, and the bar seemed to be more of a local than an internationally known den of debauchery. A campaign by the Bea's neighbors forced its closure in early 2009, and while there are whispers of a revival and a new space for Sevigny, the decade will end without the sweet Beatrice.