Restaurant Experts on The Biggest Dining Surprises of 2009

Share All sharing options for: Restaurant Experts on The Biggest Dining Surprises of 2009

As is the tradition at Eater, our closeout of the year is a survey of friends, industry types, bloggers, and readers. This year, we asked the group eight questions, from Meal of the Year to Top Standbys. Top Newcomers, Top Standbys, and 2009 in One Word dropped earlier, and all will be answered by the time we turn off the lights on Thursday. On we go, in no particular order; all responses cut, pasted and unedited. 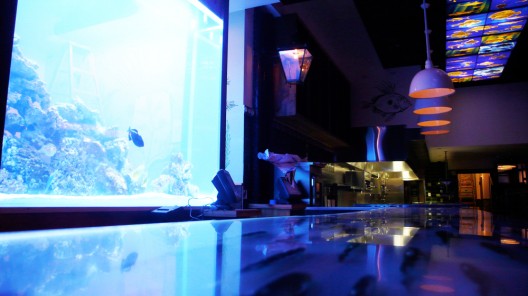 One of the biggest shutter shockers of the year
Q: What was the biggest dining surprise of 2009?

Danyelle Freeman, Restaurant Girl: How awful the food was at The Monkey Bar.

Steve Plotnicki, Opinionated About Dining: That I enjoyed Marea.

Peter Meehan, author of the Momofuku cookbok: The whole chain of events: Mangieri closing Una Pizza Napoletana, Motorino taking over, and Motorino not sucking. (I was not a fan of the Brooklyn outpost.) I mean, in retrospect it’s not that hard to see that a guy like Mangieri, whom I don’t know but have mythological regard for, would at some point be like fuck it. He moved his ops from Jerzee to the East Village and killed it, he made it perfectly acceptable to charge $20 for a pizza in New York (even if his were the only 12-inch pizzas that were or will ever be worth it), and then he was like, “Winter here sucks, suckers, I’m out.” Now Motorino is there killing it seven nights a week like the neighborhood needs a place do to – it’s not UPN, but it’s a really lovely neighborhood pizza joint. And that Japanese host guy there is the suavest maitre d’ south of Daniel.

Ryan Patrick Sutton, restaurant critic Bloomberg: The Brooklyn Star. It represents, along with Fatty Crab, the most viable alternative to Momofuku. (i.e. Slightly more refined versions of comfort food and junk food served as small plates in a stripped down setting).

Steve Cuozzo, the Post's restaurant authority: That nobody seems to care or mind that the Rainbow Room and the Plaza Palm Court appear likely to stay dark indefinitely.

Oliver Strand, New York Times: The resilience of New York restaurants, and New Yorkers. We’re still going out, and though we’re spending less we’re not having any less fun: this is a dining town.

Alexis Loinaz, Metromix: That pricey, '80s-era restaurants opened during a year in which terrific spots like Fiamma had to shutter. Where's the justice?

Jeff Zalaznick, founder of Always Hungry: The insanely high caliber of the food at Minetta Tavern.

Josh Ozersky, radio show host: Sam Sifton's reviewing style, which has been unexpectedly acerbic. His reviews are much harsher, and his humor and good nature much less apparent, than in his past writing. I don't mind disagreeing with a critic (I usually do) but Sifton is meaner and less funny than I expected.

Jay Cheshes, restaurant critic for TONY: Ryan Skeen’s cooking at Allen & Delancey, a train-wreck restaurant that for a very short time had an awfully talented chef.

Foster Kamer, Blackbook and Gawker scribe: Besides The Standard Grill's ability to bring me to the Meatpacking District - otherwise, no man's land for me - there weren't many. OH: Bruni's three-star of Minetta, Bruni leaving, and How We Learned To Stop Worrying and Love The Sift. Also, the bahn mi? Really, people? Come on.

Aaron Ginsberg, Always Eating: The overwrought obsession of pizza, burgers and hot dogs. While an inexpensive food for the times, the coverage and critiquing of these items reached unexpected heights.

Leventhal: How high our collective tolerance for more pork belly and more burgers was. Also, that At Vermillion is still open.

Kludt: How good Rye is in Williamsburg. It's always been beautiful, but the food has improved immensely since it first opened, to the point where it will become a regular spot. I'm surprised that it's taken this long for Michael White to open his own place downtown (though I am impatient) and that Chang chose Midtown of all places after breaking out of the EVill.

Well fed readers, what was your biggest dining surprise this year?