Share All sharing options for: Restaurant Experts Name the Top Newcomers of 2009

As is the tradition at Eater, our closeout of the year is a survey of friends, industry types, bloggers, and readers. This year, we asked the group eight questions, from Meal of the Year to Top Standbys. All will be answered by the time we turn off the lights on Thursday. Responses are related in no particular order; all are cut, pasted and unedited herein: 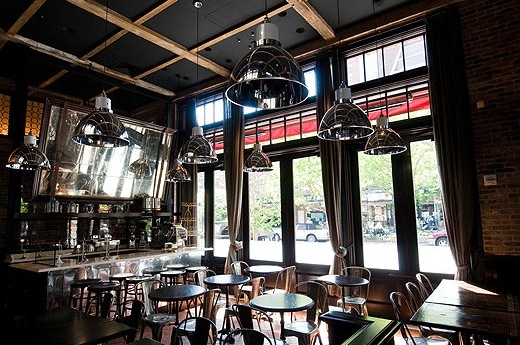 Zach Brooks, mayor of Midtown: I want to say Minetta Tavern, but I couldn't get in. (Writing about under $10 lunches in Midtown gives you no pull. Who knew?)

Peter Meehan: Did Locanda Verde open this year? That place is pretty damn awesome (Carmellini + Demasco = Obvious Grand Slam), though you need to know Kate Krader to score a table. I guess the only new joint that really surprised me in New York was that Chinese joint that Strand wrote up for the Times, M&T in Flushing. Place was killer. Sietsema took me there and ordered like the grand master of outer borough dining that he is. God that place is good. I could go for some of their smoked tongue right now.

Bret Thorn, Nation's Restaurant News: Maialino, The Breslin, Cascabel. It was also a great year for reopenings: Minetta Tavern (I think that was 2009), SD-26, Aureole, Oceana.

Josh Ozersky, indefatigable eater: Minetta and Marea are two instant classics, major additions to the city. The Breslin feels like a place New York has been waiting for, and seems to carry with it the past, present, and future of a kind of idealized Manhattan cool that never was; it's really special. Locanda Verde and The Standard Grill are twin scene-restaurant hits that both serve much, much better food than they need to; In a minor key, the city got brilliant additions in Aldea, Bill's, and Vinegar Hill House.

Steele: Sure, all of the above. But what about DBGB? Boulud's Bowery burgers and bangers blingfactory became my steadiest new go-to of the year, helped, yes, in part by four-block proximity to Eater HQ. So what? And this: when Pulino's opens its doors catty-corner in two months, we're going to have the best casual dining program anywhere in this city. People should envy us. I envy us. Runner-up: Foursquare.