Andre Balazs Requests the Pleasure of Your Company on NYE

Share All sharing options for: Andre Balazs Requests the Pleasure of Your Company on NYE

While 364 days of the year there are no civilians allowed at the Boom Boom Room, it turns out there will be normal people as far as the eye can see on New Year's Eve. In typically confounding fashion, Andre Balazs will open his Meatpacking disco in the sky on December 31 to anyone willing to pony up for a ticket. $250 gets you standing room; $500-$750 gets you a seat for the festivities, which include a performance by Courtney Love and the requisite Dom toast at midnight. Friends of Le Boom received the invite above over the weekend, but The Standard's website is open to the public and ready to shore up your New Year's plans. 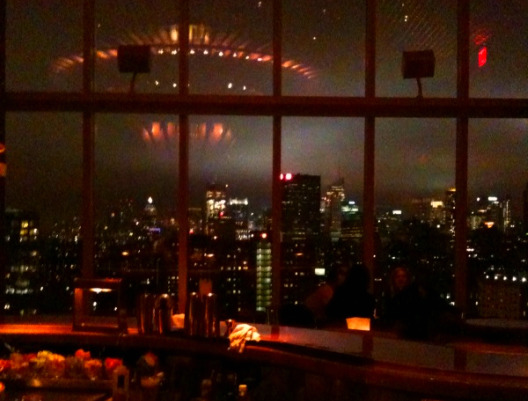 Top of the Standard fka The Boom Boom Room via @mokoyfman.

Here are your options:

NORTH FIRE: Tables in our north fireplace lounge with views of the Empire State Building and skyline.$1,000/two; $2,000/four

SOUTH FIRE: Tables in our south fireplace lounge with views of the Hudson River and Statue of Liberty. $2,000/four; $,6000/twelve

STAND FOR LOVE: Standing room only for performance and festivities. $250/person

Those considering RSVP'ing in the affirmative -- and if you're pot-committed to the five boroughs, this isn't the wrong way to go -- you will want to note that tuxedo rental and booze are not included.
· New Year's Eve on Top of the Standard: Tix [The Standard]
· More on Boom Boom Room [~ENY~]

Standard, Top Of The