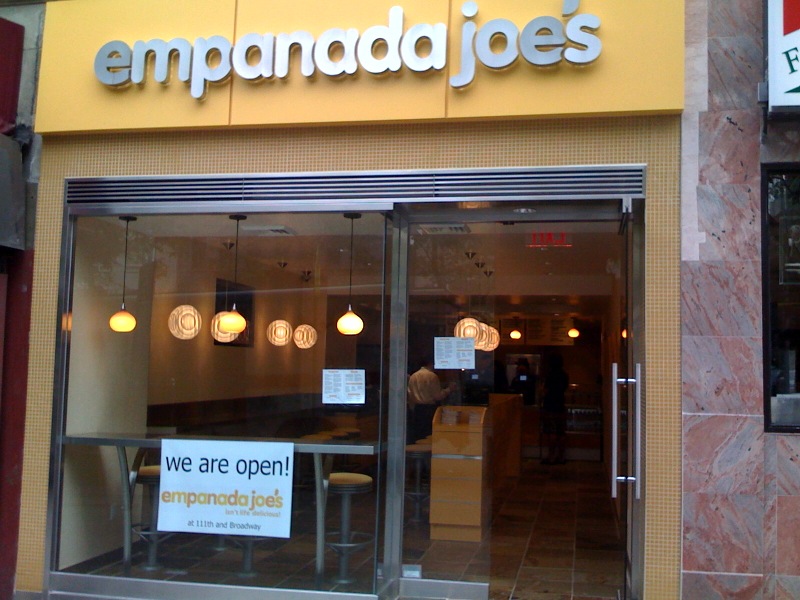 1) Lower East Side: Perhaps the most notable opening is Sasha Petraske’s newest watering hole, White Star, which is set to open this week according to NYMag. And much like Milk and Honey, you can expect to find the usual quirky/elitist drinking specs: no juice, no shakers, and legal Absinthe. Here’s the lowdown: “[White Star] is what co-owner Petraske calls a sipping spirits bar, with a selection of scotches, tequilas, beer, and wine, and a particular emphasis on amari and the newly popular (and legal) absinthe. For another, it marks Petraske’s personal return to bartending, after prolonged sojourns in the wilds of cocktail consulting.” Status: Unknown. No answer to calls. 21 Essex Street; 212-995-5464. [NYM]

2) Brooklyn Heights: In chain restaurant news, a new venture called Spicy Pickle has launched in Brooklyn Heights reports Brooklyn Paper. They write: “As co-owner Bob Sheahan explained, “It’s your culinary playground. Pick a meat, a bread, a spread, and don’t forget a topping,” Sheahan told GO Brooklyn, as his staff and employees anxiously anticipated the arrival of guests for a “family and friends night.” In addition to more than 25 menu items, customers are always welcome to create their own concoction from the selection of fresh ingredients served on artisanal focaccia and ciabatta breads.” Status: Certified Open. 143 Montague Street, Brooklyn Heights; 347-463-9403. [Brooklyn Paper]

3) Morningside Heights: Various tipsters including Food and Pants have alerted us to the opening of new fast food resto Empanada Joe’s far uptown. The menu features some untraditional combos like caprese and and bacon egg and cheese. From the mini-review: “I had an Argentine Beef and a Rojo Pulled Pork. Both were fine but nothing special. Both cost $3.38. Both were small - eating 2 still left me quite hungry. Both had good enough crusts.” Status: Certified Open. 2857 Broadway. No phone listed. [Food and Pants]

4) East Village: ZagatBuzz reports that a 4th location of chain Thai resto, Spice, has opened on 2nd Avenue and 6th Street featuring the same menu as the other locations. They write: “Located in the old Bamboo House space on the corner of Second Avenue and Sixth Street, the restaurant offers the same Thai treats as its siblings at the same gentle prices. Whether it will be able to differentiate itself among the many Thai restaurants in the neighborhood, however, remains to be seen.” Status: Certified Open. 104 2nd Avenue; 212-533-8900. [ZagatBuzz]