Adventures in Shilling #035: Bobo, I Vandali, Williamsburger, Macondo, and More

Share All sharing options for: Adventures in Shilling #035: Bobo, I Vandali, Williamsburger, Macondo, and More 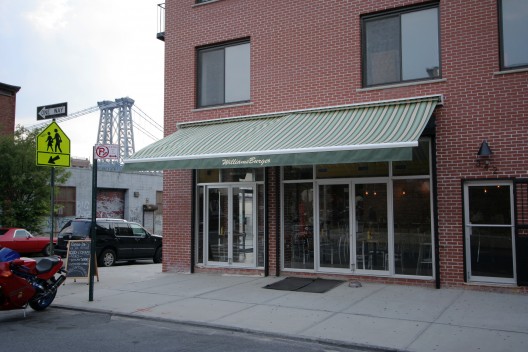 The shillers have been out in force this week. It's only Tuesday and our inboxes and comment sections are filled with people either making or exposing shills. We know it's the slow season, but this is getting out of hand. On to the worst offenders, including a couple in the 90% territory:

A fellow commenter points out this Bobo rave, and we have to say, it sounds a bit suspect: "I had a really great meal at bobo after the most recent chef took over. I wasn't expecting much but the food was fantastic and very nicely presented. Service a bit clumsy but very friendly."
Shill Probability: 31%

Could be an enthusiastic diner. More likely it's a shill for I Vandali: "My experience at i vandali was great. The food was good and the prices affordable. The decor is surprisingly beautiful and the service was excellent. And yes, I did leave my mark!"
Shill Probability 48%

The thread on yesterday's Williamsburger post is getting to be a riveting read. Of course there's a shill thrown in with all the bickering: "I had a burger with white cheddar and applewood bacon and that spicy mayo on the side. Came with fries and pickles and was pretty amazing. Juicy flavorful patty of nice size, sesame seed bun that was soft and kept composed even after soaking up all the juices, fries were salty crispy goodness and finished with a boylans ginger ale. The placed looked a bit unorganized but its a small operation and brand new. I myself would visit again in a heartbeat. Hope they get at least a beer wine license."
Shill Probability: 66%

A reader writes in with a link to this shill for Primehouse, noting that the user's next four posts were about Atlantic Grill and Dos Caminos, other BR Guest restaurants: "On a recent Sunday I went to brunch at Primehouse New York and was pleasantly surprised. The menu covers all brunch items from pancakes to omelettes to sandwiches. I would not think a steakhouse would offer a good brunch as you never think to go to one for brunch. We were able to sit outside and we even played wii golf. It was really funny- I have never played wii before and I am semi-addicted now. Anyone else try Primehouse for their brunch?"
Shill Probability: 81%

A reader keeping a close eye on Bedford & Berry's Citysearch page, notices something suspicious: "At the time you did your report, it looks like there was only one comment. Now, there are 5 outrageously positive comments. I remember I looked at the site about 2 weeks ago, and the restaurant had TWO STARS, and about 4 negative comments, now they are all gone!!!!!!" Fishy indeed. Here's the latest rave: "I was attracted to the easy going, cozy atmosphere with the great soulful music and comfy chairs. the accents are perfect...the staff was friendly and down to earth, and i ended up spending longer in there than i thought i would, it was so cozy and mellow i didnt want to leave!...the prices are reasonable, the specialty drinks are unique and fun, and well prepared, and the menu is unlike any other."
Shill Probability: 92%

A number of the five star Citysearch reviews for newcomer Macondo are from users who have also written five stars for sister restaurant Rayuela. Here's a gem: "...had a total blast. I love the concept of Macondo..there is a permanent atmosphere of celebration there. The same chef as Rayuela . I was not disapppointed by the food. Great crazy drink selection as well. There is a room in the back with cool lighting and ivy - great place to have a party there. The kitchen is open - so you can be entertained by the activities of the chef and kitchen staff....You can stop by anytime - alone or with a couple of friends or with a bunch of friends...simple fun and tasty!!!"
Shill Probability: 96%