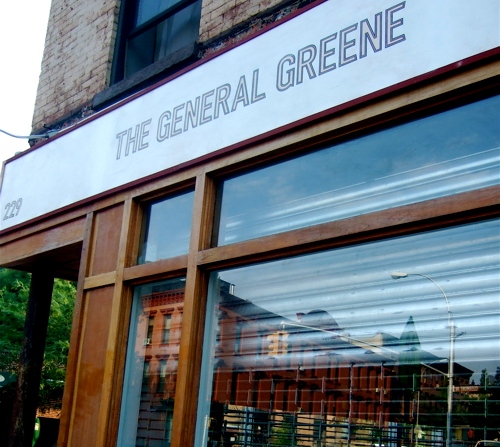 1) Upper East Side: Both TONY and Flo Fab list Parlor Steakhouse in openings this week, and according to Flickr, it opened on Tuesday. TONY has the deets: “A vast raw bar and seafood selections temper the brawnier offerings at this UES meatery from BB&R owners Michael Glick and Susy Salvo Glick. If it’s classics you’re after, you’ll find the porterhouse for two.” Status: Certified Open. 1600 Third Avenue; 212-423-5888. [TONY; NYT]

2) Upper West Side: Flo Fab also has the scoop on the opening of Vai, from chef Vincent Chirico. She writes: “Vincent Chirico, above left, who was the chef at various Frederick’s restaurants, opened this compact place on Monday. His Italian-Mediterranean menu is mostly small plates to mix and match, with wines served by the glass, the half-glass and the bottle.” Status: Certified Open. 225 West 77th Street, (212) 362-4500. [NYT]

3) Fort Greene: ClintonHillBlog checks in on the opening of General Greene, a new restaurant/bar which soft opens this weekend. They write: "The space will be open tomorrow night after 9pm, as well as over the weekend, for drinks and bar snacks. The official opening will be TUESDAY, JULY 1. A reader who checked it out last weekend described the beer selection as being “great (small but delicious),” and said the eggplant spread was “pretty tasty.” Status: Not Open. Soft-opening tomorrow night. 229 DeKalb Avenue; Fort Greene, no phone yet. [ClintonHillBlog]