Share All sharing options for: The Shutter: Viñas, Air Pizza

It's an all Williamsburg Shutter Report today, and if we include the curious case of Action Burger and the closure of La Gribouille, it's been quite the shuttery week over in the hipster kingdom. The last two: 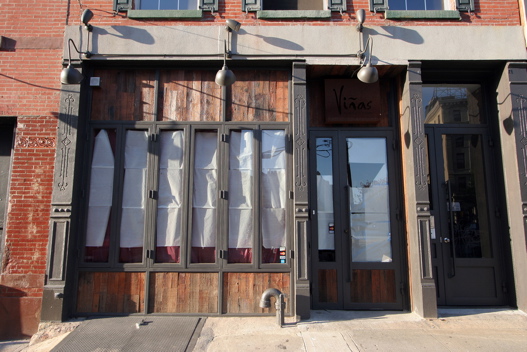 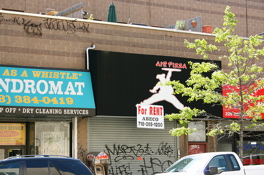 1) Williamsburg: From the Shutter inbox, news on Viñas: "...saw that Vinãs, the Latin-American place on South 6th between Bedford and Berry that got a pretty positive Daily News review not too long ago, has its windows papered up. I had a last minute walk-in Valentine's Day dinner there that wasn't bad, but the fact that we walked in with no problem probably wasn't a great sign." Never a good sign. And then we get another on the scene look from an optimist: "Inside looks pretty good, not gutted or anything and the chairs aren't even up. I'm still wondering if there's another explanation. It seemed like such a nice place." [Shutter Inbox]

2) Williamsburg: Apparently Williamsburg's Air Pizza has been closed for about a month but we'll include it because a) it's the first we heard of it and b) just take a look at that logo. Perfection. [Shutter Inbox]

Join Eater in a Celebration of Restaurant Workers