This is the Thursday Opening Report, a new regular feature that will provide the precise status of venues reported as open elsewhere. As per standard operating procedure around here, your contributions are so very welcome. 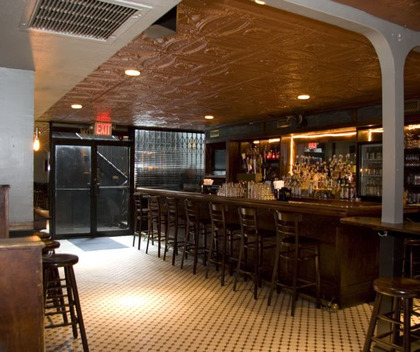 1) Soho: TONY’s got the lowdown on Lomito, a new Italian-Argentine resto from the Sosa Borella folks they list as open this week: “Cast-iron chandeliers, 20-foot ceilings and wooden trim create a dining room with a rustic-urban effect. The menu is equally laid-back, with house-made pastas, empanadas and raw-bar selections.” Status: Not Open. This Friday at 5pm. 300 Spring Street; 212-929-9494. [TONY]

2) Upper West Side: Meanwhile much further uptown, TONY also reports on the opening of Sookk, nope not a typo there, a new Asian eatery from the people behind Room Service. The menu will derive inspiration from: "the diverse Yaowarat District of Bangkok, where Thai, Szechuan and Cantonese influences converge in dishes like the Yaowarat beef soup, which combines braised beef, Goji berries and Chinese herbs in a cinnamon-spiked broth." Status: Certified Open. 2686 Broadway; 212-870-0253. [TONY]

4) Park Slope: West Village veggie favorite 'Snice's Brooklyn expansion has been well documented by many a blog, but TONY calls it open this week revealing details of: "the same meat-free and vegan sandwiches and salads as the original. Irving Farm coffee and other locally produced drinks round out the offerings." Status: Unknown. No answer. 315 Fifth Avenue, Park Slope, 718-788-2121. [TONY]

5) West Village: The daily Strongbuzz had the first word on Elettaria, the new venture by E.U.’s departed Akhtar Nawab and Craftbar’s Noel Cruz. And since then the DC, the Times, and just about every email newsletter has chimed in. Word was it would open yesterday, and a call and first hand reports confirm. Status: Certified Open. 33 West 8th Street; 212-677-3833. [Strongbuzz]

6) East Village: On Monday we told you that Sasha Petraske’s new coffee shop Mercury Dime was reported open this week by NYMag. However, upon confirming status, we discovered that the phone line wasn't even hooked up. Now baby rings, but no one answers. Status: Unknown. 246 E. 5th Street; 212-533-3295. [NYM]