In times like these, who doesn’t like to get stuff for free? Lucky for you, the Eater Giveaway Extravaganza is underway. Until we run out of merch, while supplies last, for a limited time only, by special engagement, etc. etc., check this space every day for new chances to win. EVERYTHING MUST GO. 'Tis the season, friends. 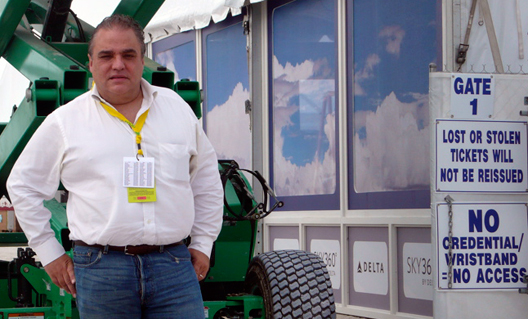 Let's try this one more time. Two weeks ago we announced we were giving away a granddaddy of a prize: 2 tickets to the South Beach Wine & Food Festival, including airfare from New York, a two night hotel stay, and passes to two grand tastings, two dinners, and an event. All we asked of you: tell us the best New York dining or drinking secret that you swore you'd never tell anyone. We've had a lot of entries ranging from dismal to incredible, but we'd like you all to step up your game. Hate to break it to you but Milk & Honey, ll Posto Accanto, and the third floor of the Spotted Pig just aren't going to cut it. So, we're extending the deadline. Pony up the real secrets to contests@eater.com by Christmas and you could find yourself on a plane to South Beach come the end of February.
· Eater Giveaway EXTRAVAGANZA: Trip for 2 to the South Beach Wine & Food Fest [~E~]

If South Beach isn't your thing, hop on the freebee train at Racked, where they’re throwing some serious headphones from Mikey's Hookup your way.