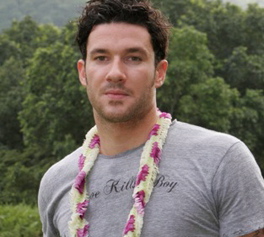 Following our epic Community Board 3 coverage yesterday, we have some news from Community Board 2 over in the West Village and MePa and their SLA committee. The big winners last night: Sam Talbot, The Crosby Street Hotel, and Le Pescadue. First, to the blockbuster:

1) As mentioned earlier, Sam Talbot is indeed coming to Manhattan and the CB2 committee is happy to have him. The man had two applications on the agenda, but had withdrawn the 7 Little West 12th space by the time of the meeting and went straight for 7 9th Avenue, the Inn at Little West 12th space. Because the application is for a transfer of an existing license, the approval was a breeze. He plans to open a "Charleston house type restaurant" with Southern fare. The current occupant is open until 4 a.m. every night of the week, and Talbot will get to do the same, if he agrees to serve until within one hour of closing. The best part of the Talbot presentation: the rep's constant reference to the "celeb" chef, whose Top Chef fame was totally lost on most of the committee.

2) The Gray's/Qdoba showdown won't be happening anytime soon - Qdoba's application for the space right next door to the hot dog icon on 6th Avenue was laid over until January. Toloache got an approval for 1 Perry Street along with a good review from a committee member, who told his colleagues, "They're good guys, we want to help them out if we can."

3) The Crosby Street Hotel was the night's biggest winner. After meeting with neighbors and agreeing to earlier closing hours, among many other demands, their "denied unless" resolution also could be read as an approval. The restaurant will be operated by the hotel owners and will feature a menu similar to the Haymarket's (in London), but "adopted to American tastes." Sean Sweeney of the SoHo Alliance was happy with the negotiations, adding that it was "a good sign that a developer and the community can work together."

4) Charles Perley, former owner of Le Pescadou, showed up to present his plans for a new bistro at 90 Thompson St. The changes are subtle: from Le Pescadou to Le Pescadue, from "French seafood bistro" to "Quebecois seafood bistro." Perley said he came back to the industry because it was too early for him to retire. The dishes will be at a lower price point, given the state of the economy. He agreed to close the establishment's French doors at midnight, and will produce a letter of no objection from his landlord. The committee ruled "deny unless" pending those stipulations.

5) As for the God Saves the King saga, the committee added even more stipulations to the resolution they drew up last month. At this point there are too many to count or explain, but they mostly have to do with noise. In a new development, neighboring restaurant Ono will be giving up half of their space to God Saves the King. This allows them to move the permanent DJ indoors. They faced another "denied unless" resolution, pending these new stipulations and all previous stipulations.
— Reporting by Noah Adler
· First Word: Gansevoort Roof, Soho Park and More "Denied Unless" by CB2 [~E~]