1) Upper East Side: Update: Wayyy back in early August NYMag reported that new gluten-free pizzeria Opus was set to open that week. Our opening report found this claim to be inconclusive, and now, months later, both Grub Street and DailyCandy report it finally opened yesterday. The latter writes: “The brothers’ UES ristorante, Opus, discriminates against no diner. Celiacs can chow down on corn linguine, lentil-chickpea penne, and panzerotti — crispy half-moon pies made from gluten-free dough imported from Italy and filled with mozzarella, tomato, and mortadella.” Status: Certified Open. 1574 Second Avenue; 212-772-2220. [DailyCandy; GS] 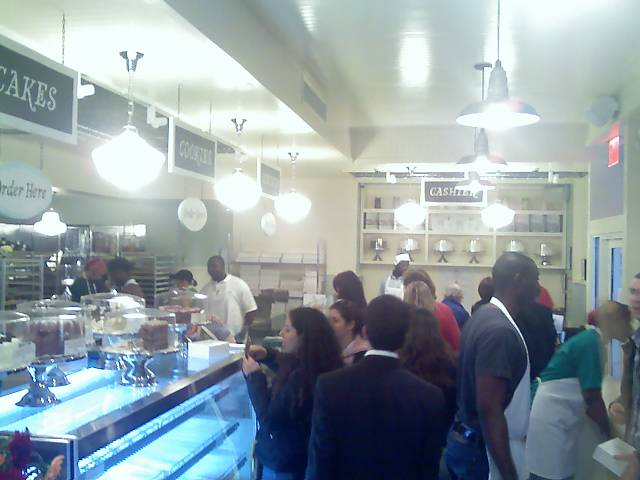 2) East Village: “Noodle mania” rages on in the East Village with this latest entry: Kambi Ramen House, reported to open this week by TONY. They write: “The noodle takeover of the East Village continues with a second ramen joint from Shigeto Kamada (Minca). The design firm responsible for Ippudo handled the new look, but the mostly ramen menu will be familiar to Minca fans. Expect sake and beer once the liquor license clears.” Status: Unknown. No answer to calls. 351 E. 14th Street; 212-228-1366. [TONY]

3) Cobble Hill: And finally, Slice reports via NewYorkology that the plywooded Brick Oven Pizzeria, La Pizzetta has opened on Atlantic Ave. Details are scarce but they write: “Amy Langfield of NewYorkology tells us that La Pizzetta, a new brick-oven joint on Atlantic Avenue is open and should be starting delivery tonight.” Lost City has a bit more about the space: “The new restaurant in the former Soju space on Atlantic in Brooklyn—which was once the original space of La Bouillabaisse, looks set to open in its latest form: La Pizzetta, a brick oven pizzeria. A new red awning is in place, some decal doohickeys showing the boot profile of Italy are in the windows, and a sign says the place is looking for staff.” Status: No phone yet. Signs point to open. 145 Atlantic Avenue; no phone yet. [Slice; Lost City]

4) Midtown West: And as reported last week, the Rockefeller Center branch of Magnolia opened yesterday. A Midtown tipster reports is wasn't mobbed as he expected it would be. Status: Certified Open. 1240 Avenue of the Americas; 212.767.1123. [EaterWire]