Just when you might be excused for thinking things can't get much weirder than yesterday's Go Go Curry/American Grill mashup, try this on: Bar Veloce—which once occupied the space on Cleveland Place in Soho that later became chef Scott Conant's short-lived Bar Tonno and then chef Will Goldfarb's shuttered Room 4 Dessert—is being converted back into a Bar Veloce. Given that the design of the room has changed little since Veloce vacated—a long bar running the length of the very narrow space—seems to make a certain kind of sense that the wine bar, which currently has outposts in the East Village and Chelsea, might give it another go. And yet, it appears Bar Veloce is giving the space a totally wacky makeover before opening (on January 21, per on-site signage). 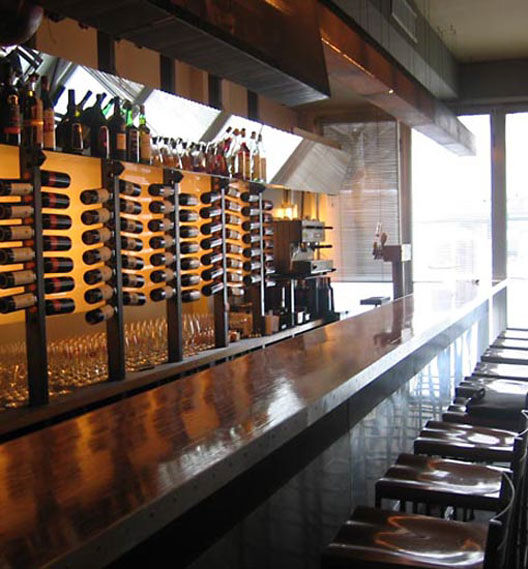 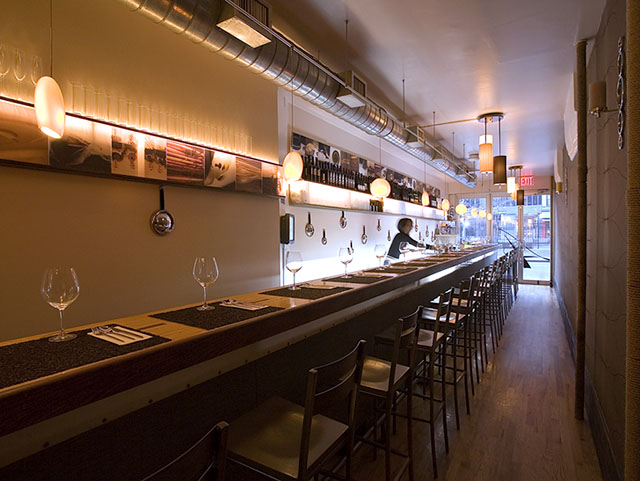 The above photo, snapped through the glass today, shows that the bar running down the right side of the room has been removed, replaced with a series of small tables. There's a walkway down the left side—or is that a bar-to-be? Or perhaps the bar's in the back? Intel appreciated on just what the bloody hell is going on here.
· Bar Veloce [Official Site]
· Room 4 Dessert Legal Troubles Force Permanent Closure [~E~]