Share All sharing options for: Top Chef Chicago: On the New York Frontrunners

The comments thread on last week's Top Chef, Season 4 post is at present 57 comments long. Amidst the usual muck of obscenities and random shots at Doug Psaltis (how we love so, dear anonymous commenters) there's some good color on the cheftestants. Seems we already have a front runner, Andrew, and two possible villain candidates, Manuel and Dale. Let's have a look see. 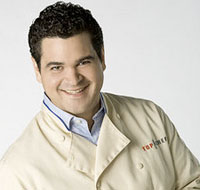 1) "Anyone who's read Heat by Bill Buford will recognize Manuel, known then as "Memo," who talked a fair bit of trash on his way out the door at Babbo. Talented enough guy, though maybe a bit too convinced of his own awesomeness."

2) "manuel is a total tool and a douchbag he used to sit on the freezer at babbo eating the best stuff in the house till chef batali would walk in and then he would kiss his ass till he left and then dog him when he was gone , i watched him repeat this a hundred times he will probably win and i will never be able to watch the show again, alas it was good while it lasted.

3) I have worked with chef Manuel for 3 years and in that time have seen one of the most passionate chefs there is. He eats sleeps and breathes his passion for food and is always willing to share his love and knowledge for it with others. He treats his staff with great respect and also remains someone that anyone can go to with a problem.... when he's there, we know it will be ok, and when he isn't (which is rarely ever) we know he has given us all the tools for the place to shine. go memo! 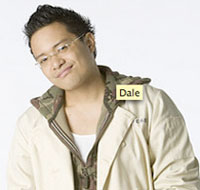 1) I work w/Dale from Buddakan and he is one of the the rudest, most evil people I have ever worked w/. To date, 4 servers have quit b/c of him, and he has made countless others break down in tears. Sure, he can cook w/the best, but that does not make him a good guy or my pick for the next Top Chef.

2) Dale is the definition of brilliant talent who's totally nuts. I have never worked w a more temperamental chef, and finally had enough of his moods that I walked out mid-shift. Anyone know why brilliance in the restaurant world is so often coupled with crazy and mean?

3) YO #44 & #46 I bet you two were some of the cry babies at Buddakan. You're probably shitty money hungry servers who can't take the heat so you got out the kitchen. I've worked with Dale and he is a motivational force, he's got drive and integrity which is sorely needed in this industry....and now I dominate the kitchen in the top grossing restaurant in the world. Vegas represent! Holla at your boy! 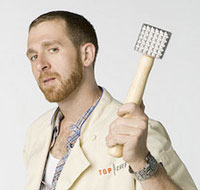 1) I can fact-stuff in your mouth that Andrew is going to melt your faces! He cooked for me in Miami once and I swear to GOD I would leave my wife for his food. Andrew, I want to be on you.

2) I've eaten Andrew's food many a time in NY and watched him work like a 5 star general in the kitchen. His food is simply out of control and his work ethic is superb. I will set my face on fire if he doesn't win. Seriously. Fire. Face. Food.