Share All sharing options for: Eater Inside: Hotel Delmano

We'll return to our regularly scheduled programming tomorrow. For now, some Inside action to get you through. 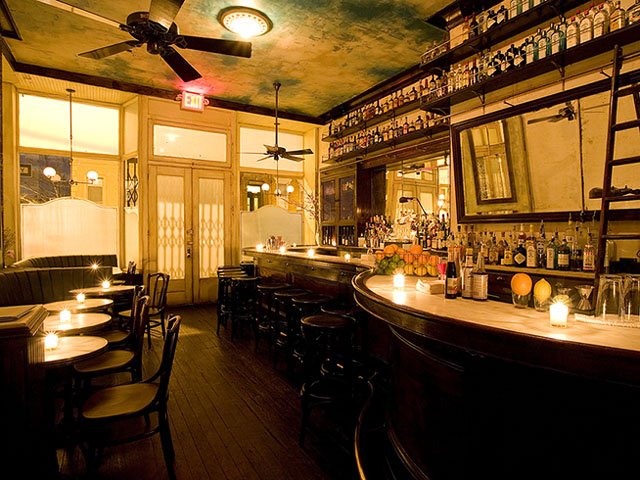 This is Hotel Delmano, Williamsburg's first proper expensive and atmospheric cocktail bar, opened a couple weeks ago on North 9th and Berry. There has been very little buzz about this place (as in none), considering what it means for the neighborhood and for Brooklyn. It's one of the trio of serious cocktail bars (Hideaway and Weather Up, the others) that have opened in non-Manhattan practically over night, which is to say, this may be the moment that cocktail culture makes a jump to the other side of the East River.

The team behind Hotel Delmano are Union Pool owners Alyssa Abeta and Zeb Stewart and cocktail man Jeff Hansen (Diner, Pencil Factory). Eater correspondents were on the scene Friday night and the verdict is clear: place is a stunner. The ceiling fans, the old fixtures in the bathroom, the long marble bar and big leather banquettes--this is Brooklyn with the ante upped. And the drinks are on par with those at operations like Pegu Club and East Side Company Bar, both in taste and in the $12-14 price point. Finally, on the matter of its name. A hotel she isn't. There is a vague and long off plan to rent out the rooms above the bar, but at present the name is strictly for effect.

Go now: Friday the place was already pretty busy, and we're suspecting finding a seat will get harder as word gets out. 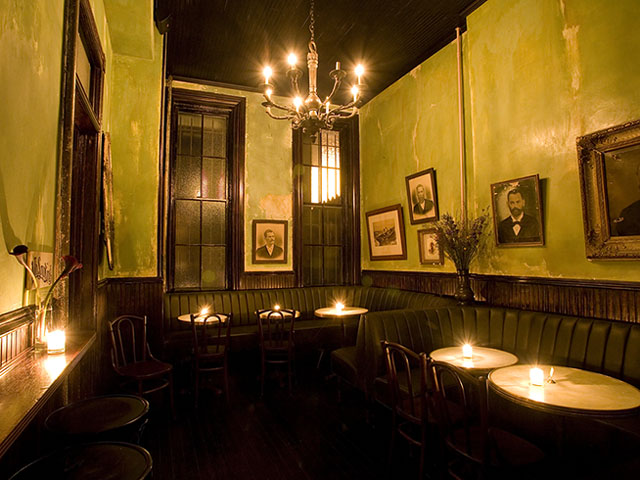 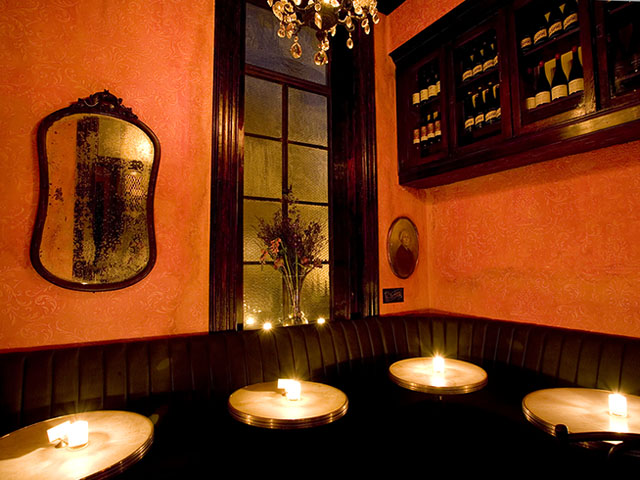