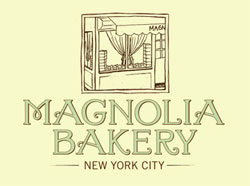 UPPER WEST SIDE—When last we checked in with the new outpost of Magnolia Bakery coming to Columbus and 69th, we forecast an opening date of January 15. Turns out, we weren't far off: the place is opening to the public this Saturday at 11am, as confirmed to us by an official spokesperson moments ago. (Normal business hours will be Mon-Thur 7 am – 11:30 pm, Fri 7 am – 12:30 am, Sat 8 am – 12:30 am, Sun 8 am – 10:30 pm) Blogger Cupcakes Takes the Cake is also on the case. [EaterWire]

FLATIRON—Aha, intel on what's next from the Irving Mill folks. Seems they've signed a lease at 30 Irving Place (at 16th Street) where they plan to open an Italian café and wine bar, under the direction of the Irving Mill team (chef John Schaefer and, in the wine department, Suzanne Riva). Opening is hereby tentatively set for June. [EaterWire]

PROSPECT HEIGHTS—Here's a genuinely wacky rumor, from the Eater Inbox: "Apparently Milk and Honey or the owners of Death and Co. are opening a cocktail bar in Prospect Heights. The rumor in the neighborhood seems to be confirmed since apparently they had a soft opening on Friday January the 4th. I have been trying to find out more but no one seems to know if its Death or Milk but one thing is for sure is that a place is going up. The interior reminds me of Schiller's, all white tile, and the front wall is finally coming down for them to put the windows in. The location is on Vanderbilt between Bergen and Pacific, does anyone know the details? The construction has been going on for a while now, but the front door has only one tiny window and apparently everything has been going on on the down low." There's so much obviously questionable about this—for instance, a soft opening before the windows are in?—but hey, it's Prospect Heights, and we're not exactly sure how they roll. Additional intel, or rumor-busting, welcomed. [EaterWire Inbox]