Share All sharing options for: Deathwatch Files: The InnLW12 Closes, Perhaps for Good 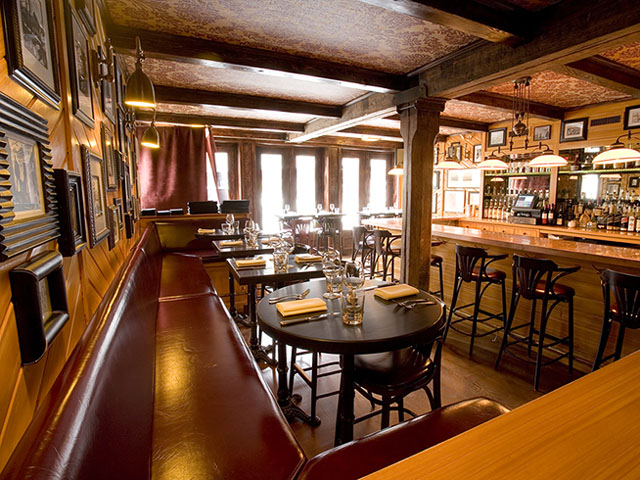 The InnLW12, the 11-month old MePa project that promised to bring Canadian pub food to the Pastis overflow crowd of Ninth Avenue and Little West 12th Street, has closed. If the signs posted at the venue today (above) are to be taken at their word, they'll reopen on February 1 or thereabouts. If not, she's a goner.

Quick history on The InnLW12: Opened in March of 2007, with both Jeffrey Jah and, Daniel Boulud attached; immediately following, and via a Karine Bakhoum press frenzy, the place was packed; by September, however, the restaurant's status was downgraded to ghostown and in a reaction move, they changed up the menu to American comfort food. Which brings us to the present, and the wait-and-see game now underway. Sez one inbox tipster: "Sign on the door says closed for renovations until Feb. 1, but insiders say its shut its doors for good..."
· Eater Inside: The Inn LW12 [~E~]
· EaterWire: The Inn LW12 Ditches Canadian Fare [~E~]