They call it Hell Square for a reason, amigos. Herewith, two new establishments getting set to open in what remains of the Lower East Side. 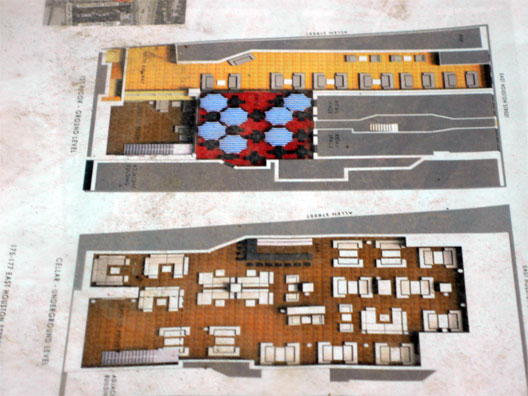 1) Hell Square: A tipster emails, "OH GOD ANOTHER BAR IN LES THAT NOBODY WHO LIVES THERE WILL EVER GO TO. The former futon store on East Houston between Orchard and Allen looks like it's going to be another mega bar. I walked by this morning and you can see a floorplan accidentally left in the window, for what looks like a 2-floor bar/lounge for all the UES and Long Island trash to hang out in. It also shows another annoying backyard space for more disrespectful 3am frat boy and purse girls to party in. Can't someone stop all this?" When Eater operatives dropped by this afternoon, the floorplan was still there (above)—this is 175-177 East Houston Street, where the space is already gutted and you can almost hear the PBR pouring. [PLYWOOD] 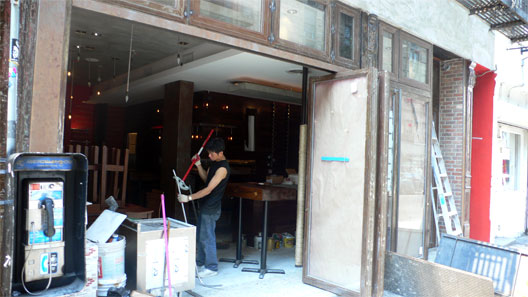 2) Hell Square: Here's one that slipped in almost completely under the radar. Last week, Eater operatives snapped the above photo of a new venue that's located between Motor City and pizza newcomer Chickie Pigs on Ludlow Street between Rivington and Delancey. What is it to be? As a re-inspection today indicates, it's a new Thai restaurant with the unfortunate name Eat-Pisode. Today's look-in shows that we're just about ready for business here. [POST-PLYWOOD] 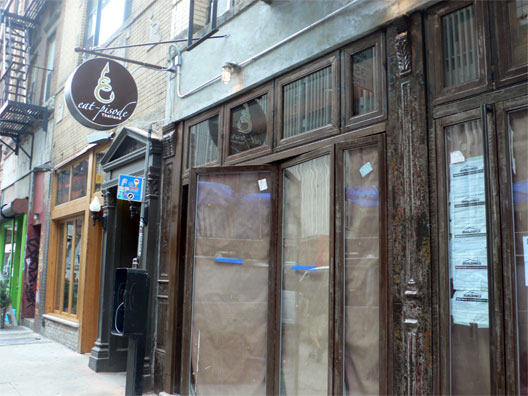