Anita Lo has a busy fall planned, what with the opening of both a new Rickshaw and a barbecue joint in the West Village. Let's have a look at how she's progressing on the new ventures. 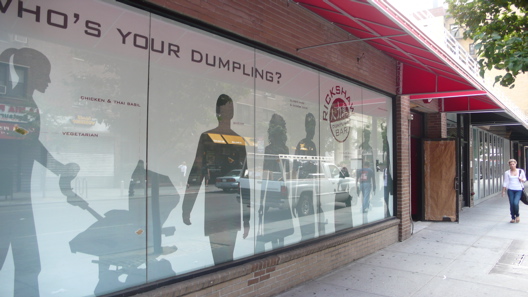 1) Noho/Central Village: Though initially slated for this Thursday, Rickshaw Dumpling Bar, at 50 East 8th Street, will open 'in about a week', according to the informal survey we conducted on site this AM. This Rickshaw will be the sequel to the venue of the same name on 23rd Street, created by Anita Lo and Kenny Lao. From the looks of this location at present, we're talking about a fairly room space of simple colors and tile work to compliment first rate dumplings and such. [POST-PLYWOOD] 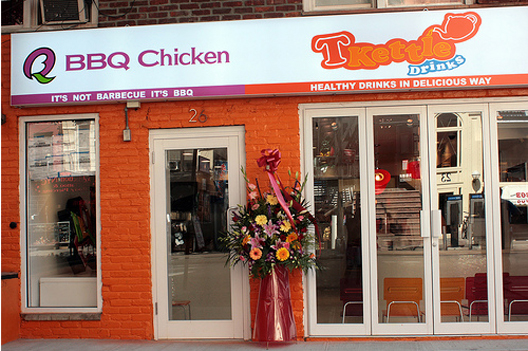 2) West Village: This here will be Q, The Lo's barbecue concept at 308 Bleecker Street. It seems there's also T Kettle, something of a tea/beverage operation included. Current estimates are for October, which, from the looks of it, puts progress on schedule. Check out