Share All sharing options for: Eater Inside Throwback: Rhone

This week, as New York grounds mostly to halt to observe the last week of summer, we'll be dipping deep into the Kalina Archive to bring you some of his gems from back in the day. Put your Startac on vibrate and let's get going. 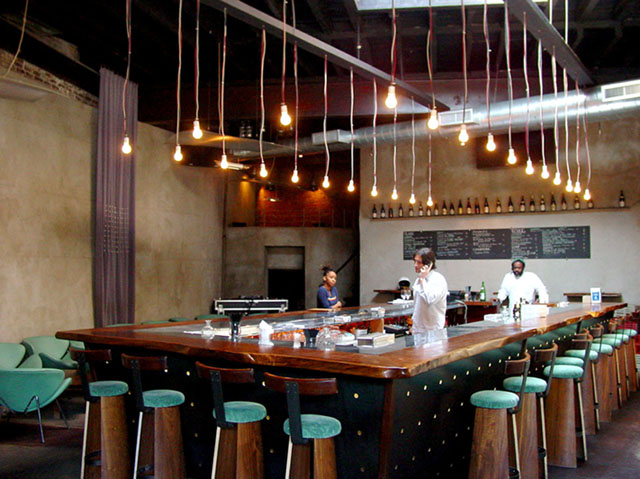 Back in the day, when the Meatpacking District was bearable, this was Rhone. It opened as a restaurant and wine bar and slowly morphed into more of a bar/club space, though food was served until the end (menu). By the time it was on its way out, it had become an excellent midweek option, whether for an early cocktail or as a late, night-extending, final stop. It closed about six months ago to make way for the relocated Double Seven, which we're told is to open in the sapce, at 63 Gansevoort, by October.