Yesterday, The Shutter was merciful. Today, not so much. Let's close up shop, eh? 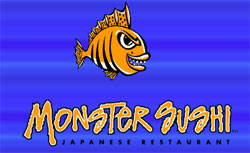 1) Chelsea: Sounds like we're late to this one, but back in the day we used to work in this neighborhood and occasionally lunch here, so here goes. Emails a reader, "Monster Sushi on 23rd Street—walked by last night and saw plywood and an empty shell. Workers carting out broken glass and scrap metal. They had a sign out previously about construction, but I wonder what the real story is. Their website says for any of their locations to call in by phone for an order. The only location not affected seems to be NJ and they are pushing the franchise thing pretty hard. Any ideas on what's going on?" Per the website, we get this: "*** NOTE: DUE TO TEMPORARY CONSTRUCTION, YOU WILL NEED TO TELEPHONE YOUR ORDERS FOR CHELSEA, MIDTOWN AND WEST VILLAGE RESTAURANTS. WE APOLOGIZE FOR ANY INCONVENIENCE! ***" And scene. [Shutter Inbox]

3) Morningside Heights: The Times pens a nice piece on soon-to-shutter Night Cafe, which apparently is quite the hotbed of Jeopardy fans. Anyway, yeah, place is done. [NYTimes]

4) Williamsburg: Per a tipster who emailed us last week, "Refresh, on Bedford and south 1st in Williamsburg is closing next week. The space was formally Coney's hotdogs. The food at Refresh was really fresh and delicious. It's such a same the space is closing after being open barely a few months. Although I will say when I would eat there it was like the workers were giving food away to their friends." Attempts to confirm this news were unsuccessful; anyone know more? [Shutter Inbox]