There has been a fair amount of ink dedicated to 10 Downing Street this year. Back in January Ken Friedman was linked to the property, though only through community board paperwork. More recently, Scott Bryan, one-time Best New Chef and currently the chef at Veritas, was revealed to be involved in the space, but, then, he wasn't. And then, he was. Another curious fact is that a close examination of Community Board 2 paperwork reveals not one but two LLCs with business at that address—10 Downing Street, LLC and Pepe Downing, LLC. (10 Downing Street is also a great name for a British restaurant, as on the other side of the pond, Euro enthusiasts will note that 10 Downing Street is the official home of the Prime Minister.) Here's the twist: all of this conflicting intel exists because two restaurants are opening at 10 Downing Street. Let's dig in a bit more on each, shall we? 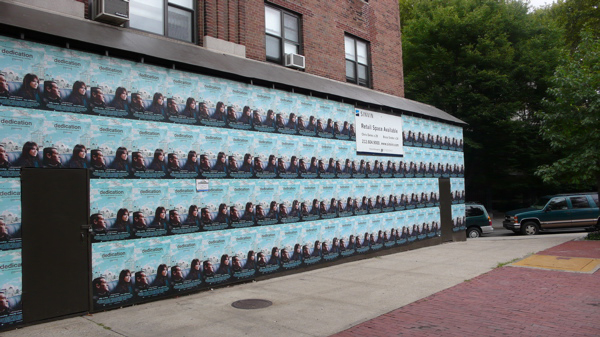 1) On the north side of the building, we've got 10 Downing North (above). It's a corner lot and, we hear, that some of the 5 Ninth crew has signed a lease on the space. Further, they've been approved for 18 outdoor seats, which isn't that many, considering how much storefrontage we're talking about here—close to 100'. This is the space that Scott Bryan is speaking of in his interview with Mouthing Off. 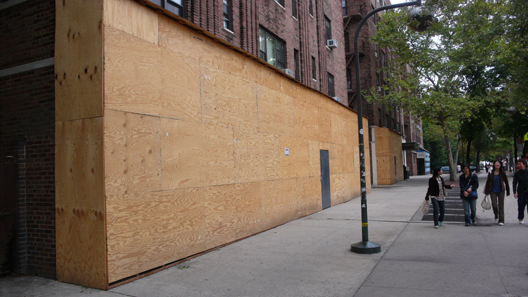 2) On the other side (above) is 10 Downing South. This is the space that Ken Friedman was at one time linked to, but at present there's no real intel to suggest he's connected to the space at all. Good thing: 10 Downing South is a sucker's bet. It's on the wrong side of Sixth Avenue and though Da Silvano is directly across the street, there isn't enough pedestrian foot traffic to keep the place open; it will get zero run-off from Da Silvano, by our approximation, as it is not easy to just cross the street here. It's also decidedly closer than its brother to the north to the rather seedy and noisy intersection of Sixth Avenue and West Houston, an intersection that feeds the Holland Tunnel. In all, it's a terrible place for a restaurant.

Now the one part of this case that remains unsolved involves Scott Bryan and the fact that we have sources that link him to both spaces. We're playing phone tag with him, but is Scott Bryan leaving Veritas and involved in opening two competing restaurant as the same address? More tk.