Share All sharing options for: Eater Inside Secrets: Mercat Negre

Mercat, the white hot newish tapas joint in the East Village won't tell you, but they've got a downstairs lounge as well (as the RG and others have noted), called, perhaps, Mercat Negre. There's a slightly smaller menu below, as the story goes, but at least you can avoid the epic waits and over-eager crowds upstairs. We sent the Kalina to investigate this, to see just how much the place was willing to come clean, and here's what he came back with: "Apparently Mercat Negre is a myth, they were like, nah, it isn't Negro, it is just Mercat. No Negro. Comprende?" Comprende, Mr. Kalina. In any case, she does look nice and we never had this conversation. 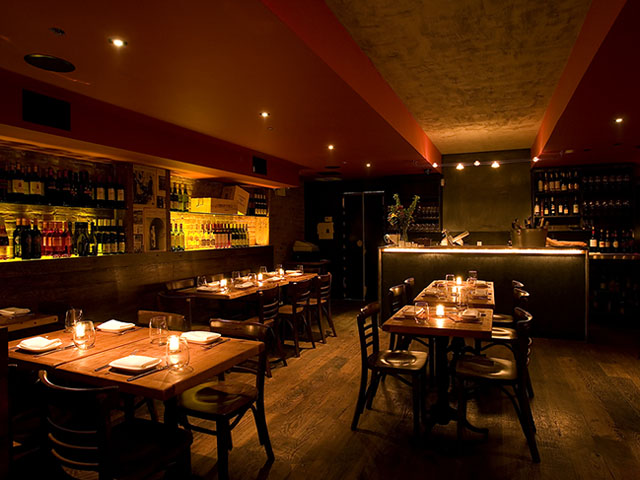