Wakiya, the new high-end, ür-Chinese restaurant in Ian Schrager's Gramercy Park Hotel, opened to the public last night—did it ever—and it turns out that we were there to take it all in. Initial thoughts, in no particular order:

1) Had chef Yuji Wakiya himself come out to feed us from his bare, magical hands, even then, $600 for a four-top would still have been absolutely outrageous. Absolutely. Outrageous.

2) A waitress indicated that Mr. Wakiya has agreed to spend two weeks a month at the restaurant in the early going. Just ask Gordon Ramsay: that isn't going to get it done. 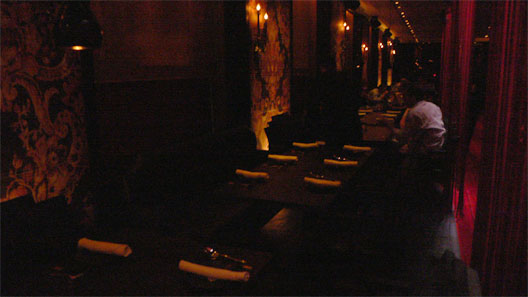 3) When the reservationist said she needed your table back by 9:30, she was lying. 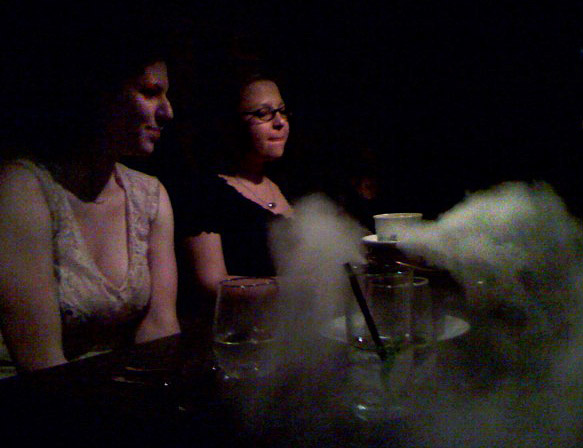 4) Even if there was a trace of flavor therein, all the smoking desserts should be cut from this menu to prevent extremely plausible, and dangerous, comparisons to Ninja. The Shanghai soup dumplings, however, can stay.

6) Please note that there is no photography allowed here, sir: 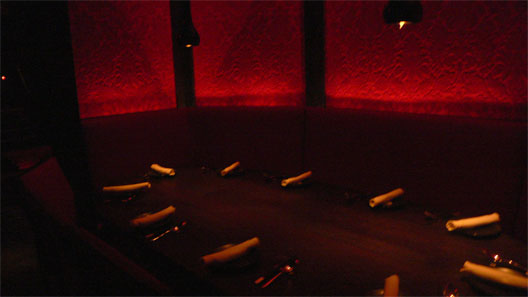 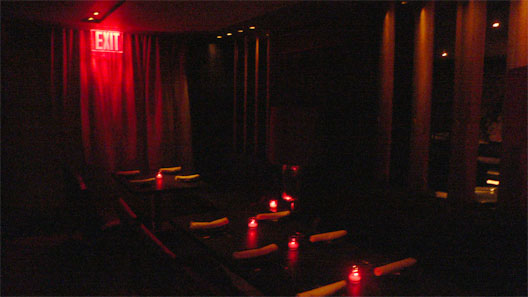 One of the semi-private back rooms, bathed in the warm glow of exit lighting. 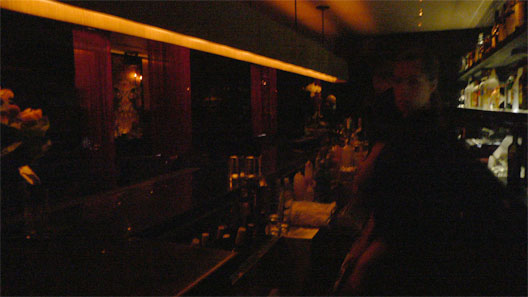 The bar at the end of the night, with disapproving bartender.