When we first heard word of a new Lower East Side eatery with a two-story olive tree growing inside, it sounded like a gimmick. Never a good start. But upon the reveal of the Full Kalina, it's evident that the proprietors at Rayuela have, at the very least, designed an incredibly stylish two-level restaurant—one that will suffer slightly from its entrance on the still-grimy Allen Street. The cuisine concept, executed by chef Máximo Tejada, is described thusly on the official site: "Rayuela introduces its first-of-its kind Estilo Libre Latino (Freestyle Latino) cuisine, which respects yet redefines contemporary Latin American and Spanish cuisines. While the basic structure of the traditional dishes will be maintained, the actual ingredients may be unconventional and may come from over a dozen Latin American countries." Oh, and plenty of alcohol, too. 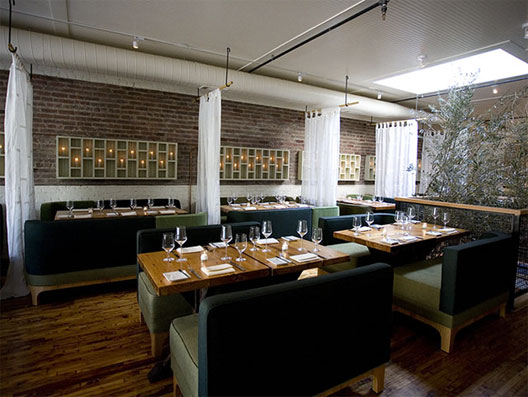