Share All sharing options for: Eater Inside: 2007 James Beard Awards

'Twas quite an event the James Beard Foundation threw last night: the JBF awards ceremony followed by a gala tasting. Though the venue was way too big for the foundation's britches -- note empty non-orchestra seating -- it was a significant improvement over past Beard awards shows, a sentiment that turned into a press room refrain by the night's end.

Above Avery Fisher Hall mid-awards; below shots of the gala and a bonus red carpet moment. 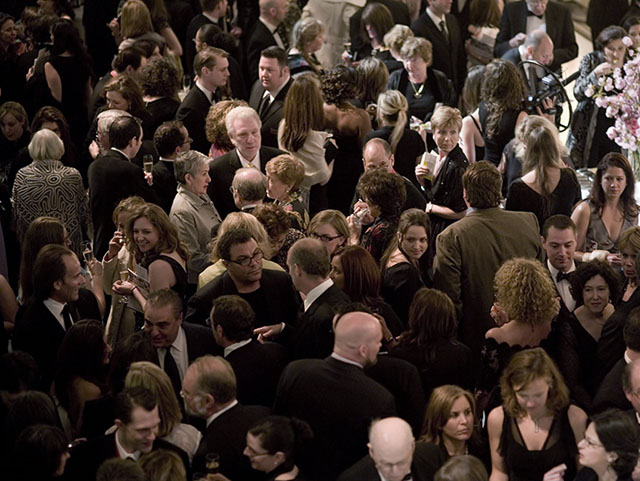 11:04 PM: Post-awards, the tasting gala. Note, center, Steven Starr conferring with his PR, Phil Baltz. In the background, not seen but on standby for crisis management, the Ladies of Bullfrog & Baum. 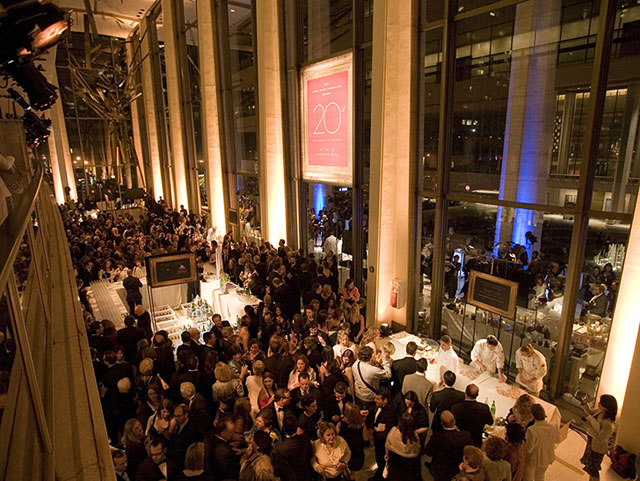 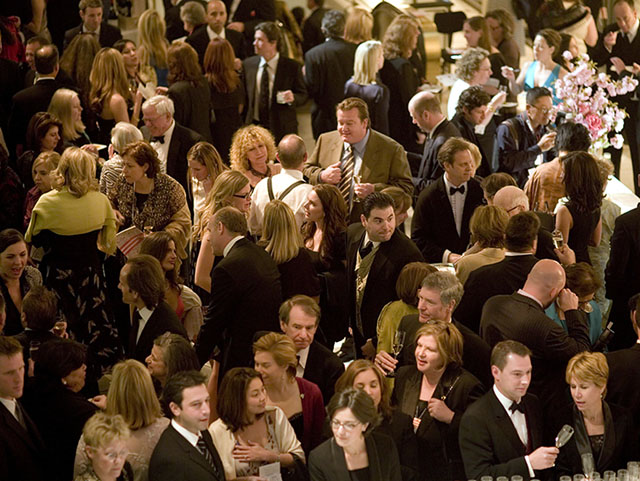 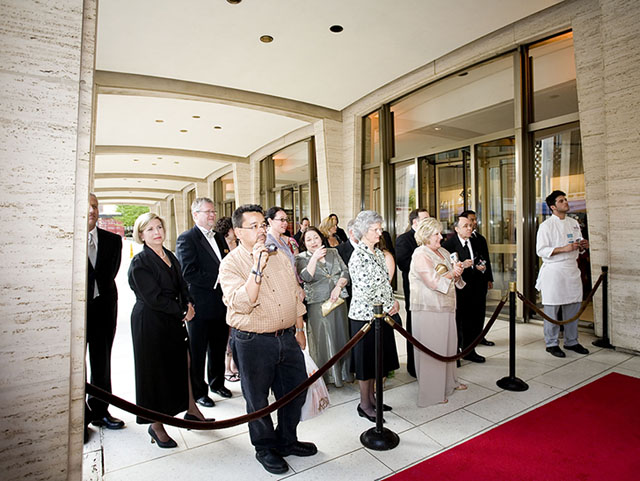 6:20 PM: The tourists get in on the Lincoln Center red carpet action.

All photos for Eater by Kalina