Are you familiar with the term PLYMANIA? If you answered in the positive you're ahead of the curve enough to have already buckled in. If in the negative, you'll learn of the virtues of PLYMANIA very shortly. We'll put it to you like this: If you think you know what heaping piles of glorious plywood looks like, you ain't seen nothing yet. 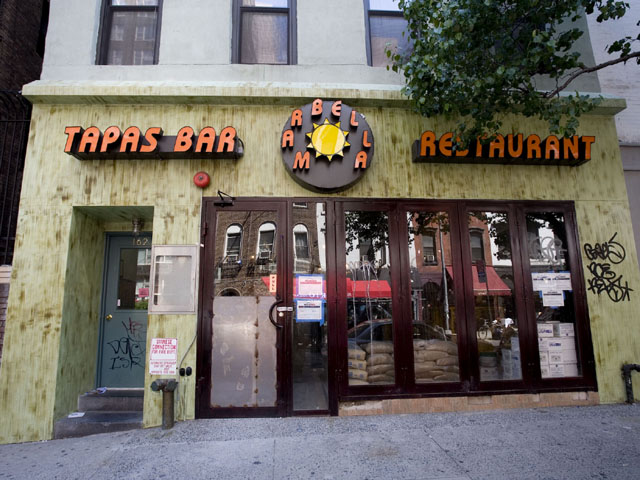 Murray Hill: No, friends, your eyes do not deceive you. This is, indeed, the future home of the second 2nd Ave. Deli, at 162 East 33rd Street. Jack Lebewohl's son, Joshua, is said to be carrying the torch on the project. The only thing crazier than opening the Second Avenue deli on East Thirty Third Street? Doing the construction in full Kalina-accessible view. Above is an exterior shot of the current storefront, surely Pre-Ply. Below, a shot of the interior. Projected opening, per our last check in: 'about five months.' [PRE-PLYWOOD] 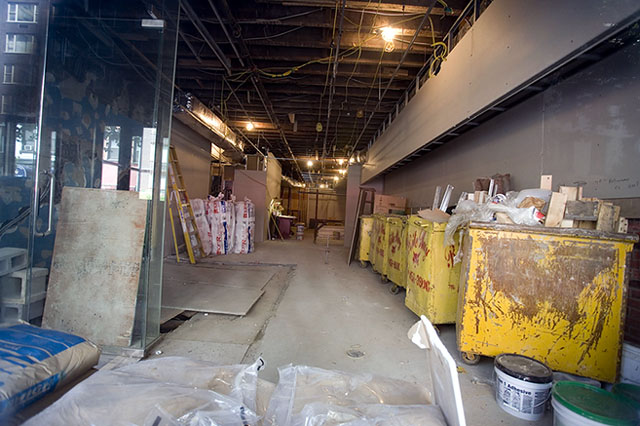