What is it about the stretch of Second Avenue above Houston that so transfixes restaurateurs? The unspectacular architecture? The vague hope some of the crowd waiting at Mermaid Inn or Frank will give up the one-hour holding time and slum it at some other place nearby? Today, in a very special edition of the Plywood Report, we update the status of newcomers to what's sure to be a dining Mecca—er, any day now. 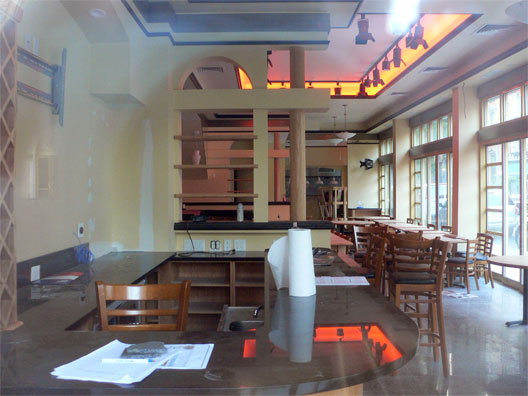 1) Second Ave. and 7th Street: It's been nearly a year at this point since a sign went up at the old Kiev space declaring that a spot called American Grill would be taking its place. As seen above, the interior looks ready; a sign on the window says there was a hearing for a beer and wine license earlier this week. Anyone know what went down? Or how they didn't manage to hang on to Kiev's license? Anyway, for the punchlist, per the photo below: remove the old Kiev signage. [POST-PLYWOOD] 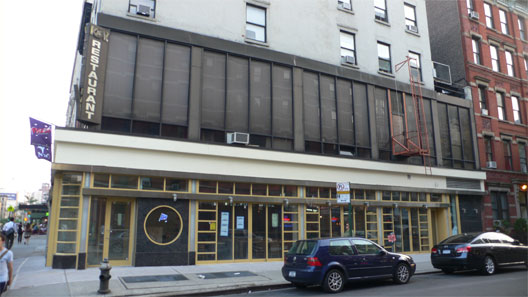 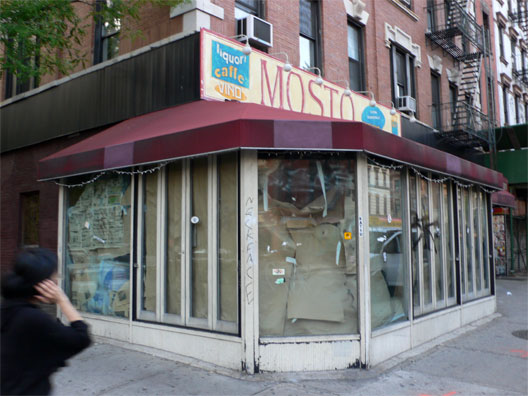 2) Second Avenue and Fifth Streeet: This here is the shuttered Mosto, an Italian restaurant we never went to in part because we so disliked the signage. What's to come here? Paging Kamali. [PRE-PLYWOOD] 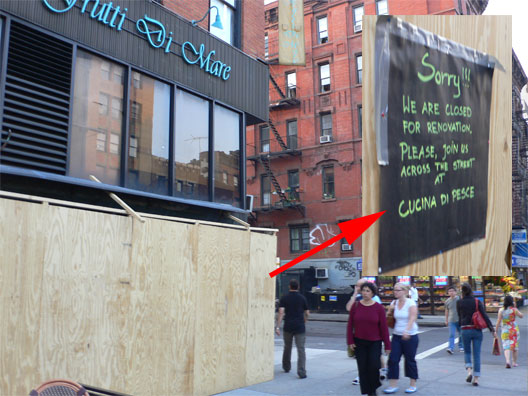 3) Second Avenue and 4th Street: Another neighborhood stalwart, Frutti di Mare, is all 'wooded up for renovations. As we wait for the glorious re-unveiling, do enjoy its Yelp reviews. [PLYWOOD/RENOVATION] 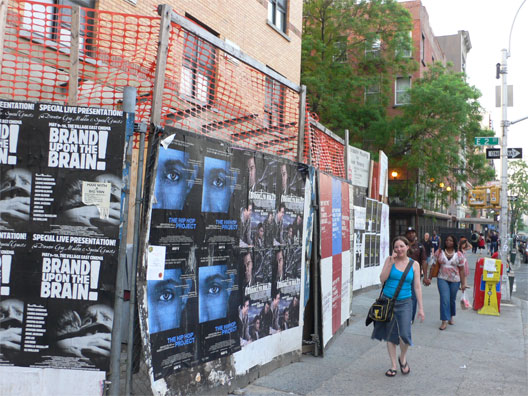 4) Second Avenue and 2nd Street: Here's a plywooded space in a new apartment building. Will it be a restaurant or a bank? We'll race you for it!