As we speak, Yann de Rochefort is overseeing a massive and complete overhaul of his first restaurant, the circa January 2002 Suba. Where once there were deep reds and an all-around crude Lower East Side design, there will soon be a clean, white, fairly slick, mostly tapas restaurant with Boqueria chef Seamus Mullen behind the stoves. Eater got in on the renovation action earlier in the week, almost took a rogue piece of piping in the temple, and got the lowdown on Suba 2.0, slated to open the week of April 24th. 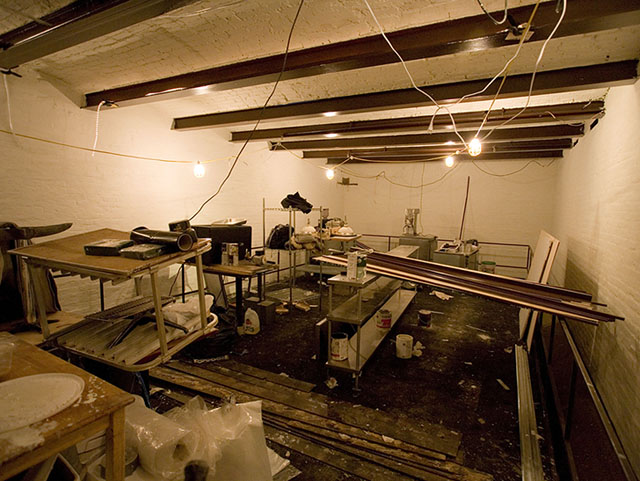 The new Suba will be, like Boqueria, a Spanish tapas joint. Rochefort's sense of clean, functional style will prevail. "Everything about the design should be beautiful and functional," is how he puts it. Mullen's time spent in various regions of Spain will inform the menu of authentic, but unchallenging regional small plates, designed for sharing. His new kitchen is equipped for serious a la plancha action, so expect fish and vegetables of that preparation to dominate.

As he explained it to us, this new Suba is the restaurant that Rochefort has long wanted the 109 Ludlow space to be. When he opened the original five years ago, he lacked the funds to fully put it together. Now, the older, wiser, more two-stared restaurateur is ready. Also interesting to note, Suba is where Mullen had originally wanted to partner with Yann de, who was able to convince the chef to turn to Boqueria first.

Time will tell if this new Suba will work, but on paper and in its re-plywooded state, it sounds right. 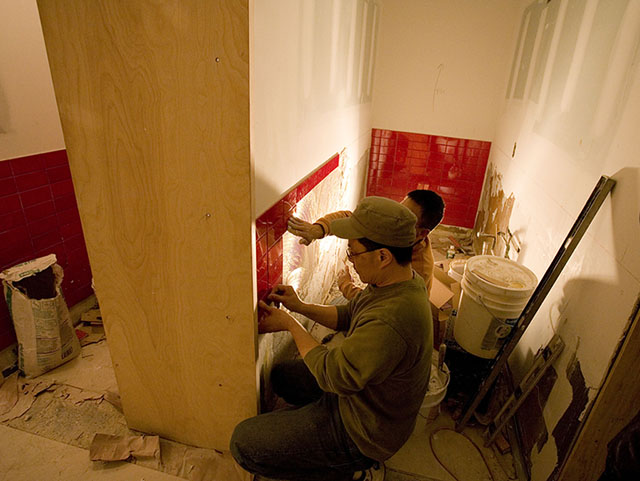 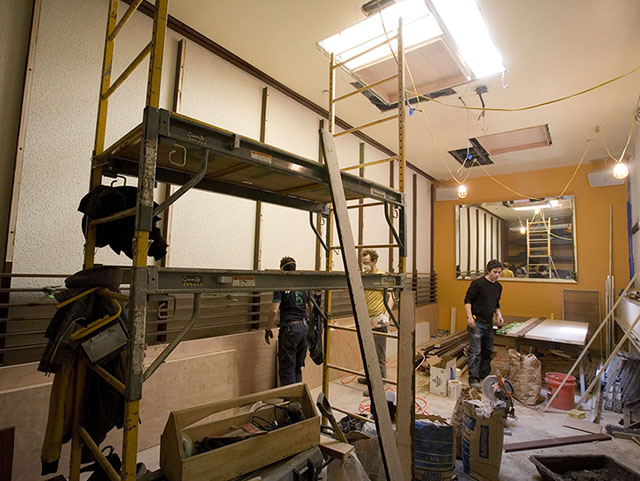 Photo rundown: the ground floor bar is at top; next, the famous moat/grotto/water room; below that, the new bathrooms; and, finally, the downstairs lounge.

Photos for Eater by The Kalina.