One of our resolutions for 2008 is to be a bit more service-y for you all. True. So we're getting started a day early. Here now, a highly incomplete but hopefully useful rundown of options to cure your first hangover of the new year. 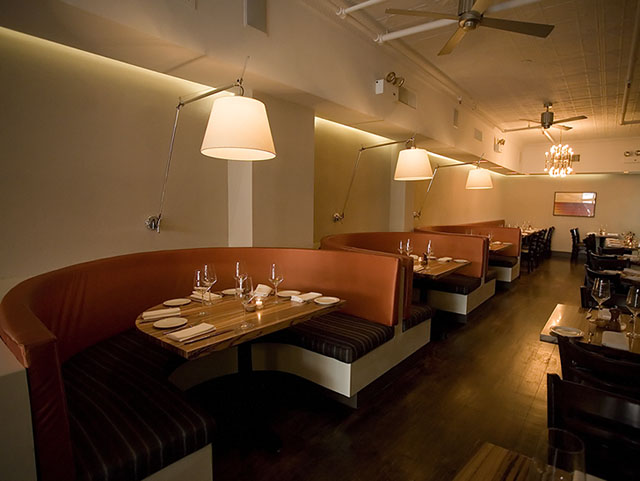 WEST VILLAGE—It's not exactly the stuff of a hangover cure, but should your New Year's Eve be conducive to a non-queasy January 1, perhaps you'll be interested to know that Harold Dieterle and his Jones Street restaurant and autograph table, Perilla, will be serving an all-duck New Year's day special menu (menu here). If you're upright, the duck meatballs with cavatelli is reason enough to pay the Top Chef a visit. [EaterWire]

EAST VILLAGE/SOHO—Two other, slightly less challenging options: Eater Standby of 2007 Lure Fishbar will be open from 11:30 AM and will feature Josh Capon's take on Heuvos Rancheros. New York darling of 2007, Momofuku Ssam Bar, will open at 5 PM; the Noodle Bar opens at noon. [EaterWire]

LOWER EAST SIDE—One option you won't have on New Year's Day is Shopsin's. LES dispatch: "Shopsin's is closed until the 8th according to a hand-written sign taped to the big man’s cage down in the Essex Street Market. No blisters on your sisters to ring in the new year." [EaterWire Inbox]