The Year in Eater: Restohoods of 2007

Share All sharing options for: The Year in Eater: Restohoods of 2007

To close out 2007, Eater once again invited many of our favorite food correspondents to join us in assessing the year's best eats, biggest surprises, and favorite neighborhoods for dining out. We've celebrated Meals of the Year, Restaurant Standbys of the Year, Biggest Dining Surprises of 2007, and 2007 in ONE WORD. Now, Restaurant Neighborhoods of the Year (and predictions for 2008). 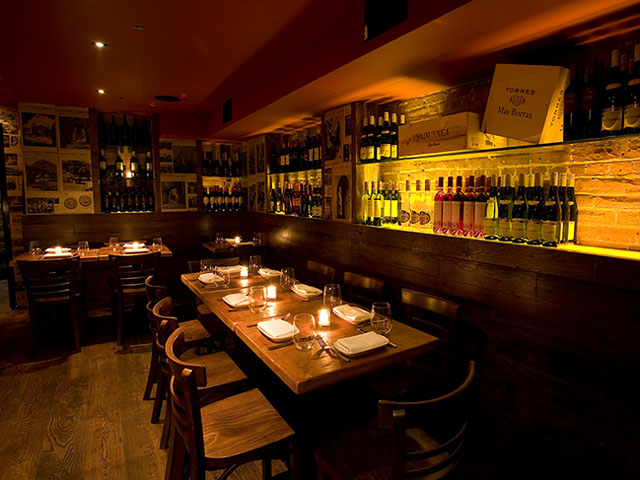 Mercat Negro, the other restaurant that opened in the East Village in 2007; Kalina

William Tigertt, Freemans Restaurant: East Village for 2007 because there are so many places I haven't tried. 2008: I see Tribecca making a comeback lead by De Niro's new hotel, the revamp of 66, and Bouley's new ventures.

Joanne Wilson, aka Gotham Gal: Prefer to hang out in the hood so West Village and more than likely will continue in to 2008.

Danyelle Freeman, NY Daily News Food Critic, aka The RG: It would have to be the West Village for 2007. It's got so many cozy, neighborhood spots with solid chefs. 2008: I'm going to go with the border of midtown west and Hell's Kitchen. With so many condos on the rise, it seems inevitable.

Zach Brooks, Midtown Lunch: Last year I predicted it would be the East Village, or anywhere else David Chang decided to open up another restaurant. 2008: With Ko coming in the next few months, how can I waver? East Village through and through.

Joshua David Stein, Gawker: Is Abbe Diaz's womb a neighborhood? Is Padma's heart? Is her body a wonderland? But seriously, folks, restaurant neighborhood of 2007 is the corner of 13th street and 2nd avenue. Obviously! Specifically the south west corner2008: It's boring to say but also probably accurate that as restaurateurs see the success of Dressler, Marlow and Sons, the continued popularity of DuMont., Williamsburg (especially South Williamsburg) will see an influx of Manhattan-style restaurants and even, perhaps, an Otto BKLYN or a--gasp--Kobe Club On Driggs.