The Year in Eater: Top Newcomers of 2007

Share All sharing options for: The Year in Eater: Top Newcomers of 2007 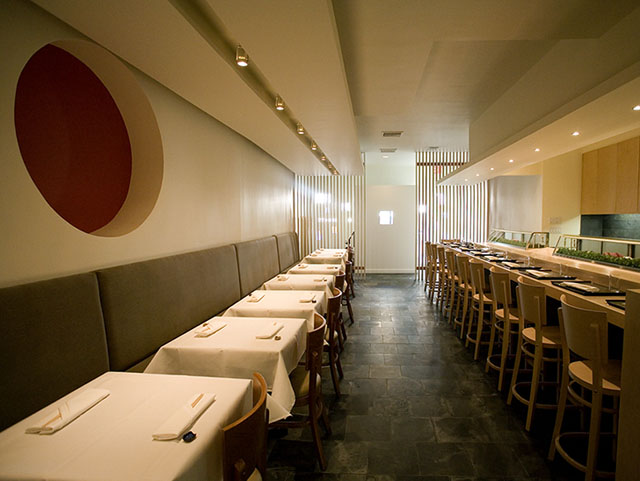 Danyelle Freeman, NY Daily News Food Critic, aka The RG: Kefi, Fiamma and Soto are my favorite newcomers for 2007. I still don't think Soto has gotten its due: Chef Kosugi is extremely talented.

Adam Kuban, Serious Eats: 1. Isabella's Oven: For a brief, shining moment it was making some of the best pizza in the city. But then the joint's virtuoso pizzaiolo moved back to Italy temporarily. Word is that he's coming back in early 2008, which may bring the place's pies back to their masterful levels. 2. Peppe's Pizza & Panini, 3. Di Fara: Does reopening again and again after multiple DOH shutdowns count as being a "newcomer"? It's a newcomer each time, right?

Zach Brooks, Midtown Lunch: 1. If you judged by number of times visited, for me it would have to be Caselulla—the (more than just your average) wine and cheese bar in Hell's Kitchen. The pig ass sandwich. The perfect cheese and condiment pairings. So great. 2. Does Lucy of Gramercy count as a new restaurant? I haven't read much about this place since it was taken over by Chef Carmen Gonzalez, but I had an amazing meal there from beginning to end, and the "pork martini" (my name, not theirs), was one of my favorite NYC dishes of the year. 3. If you're talking about Midtown, it's got to be Five Guys Burgers & Fries. No bigger grand opening. No better burger and fries in Midtown (for under $10 of course).