The Year in Eater: Closer Tables

Share All sharing options for: The Year in Eater: Closer Tables 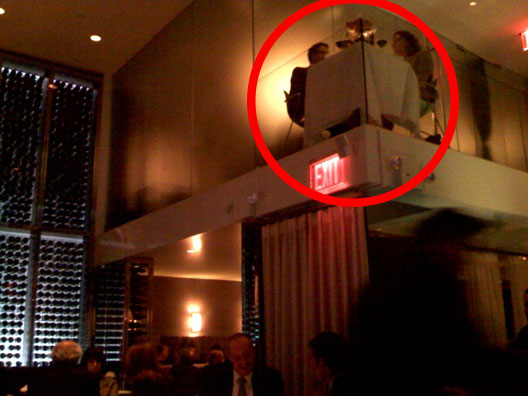 Table number #69 at Alto; Set by request, mostly, or on a particularly busy night.

First, there are the Sucker Tables. These are generally located closer to the door and/or host stand than the laws of physics would seem to dictate possible. Or they defy the time/space continuum in another way, such as that they're set for four at one time when no more than two could possibly eat comfortably. When presented with a such a table, one either politely asks for the next available table or leaves.

...Fourth, there are Closer Tables, which, let's put this as plainly as possible, handle a lion's share of the work. The front booth at Milk & Honey is such a table, for example. It's also known as "Table Sex"...