Share All sharing options for: The Year in Eater: Best Meals of 2007

To close out 2007, Eater once again invited many of our favorite food correspondents to join us in assessing the year's best eats, biggest surprises, and favorite neighborhoods for dining out. We'll begin celebrating the Year in Eater 2007 with a look at the Meals of the Year, Good and Bad. 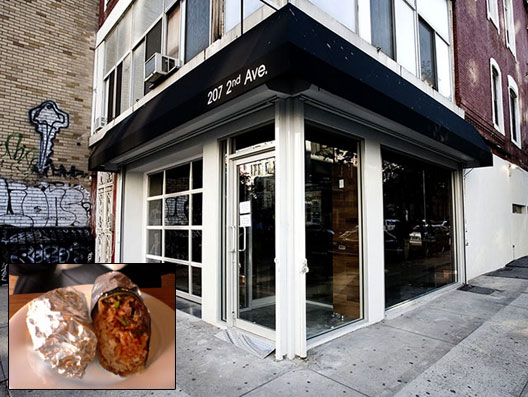 Drew Nieporent, No Affiliation to Bun (via phone call): "Taillevent, no question. It was absolutely spectacular. The table top, bread, cheese, service. The roast pigeon!"

A certain Food & Wine editor who wishes to remain anon: Have to say bo ssam at Ssam Bar - not just for the pork but the whole communal fun of it; any old tasting menu at 11 Madison Park; i also loved loved that family dinner we had at the stable at Frankie's Spuntino. Bad: Wakiya dinner (with Frank Bruni) was right up there, esp cuz the stakes were high.

Jennifer Leuzzi, Snack: I believe the requisite answer for best of 2007 is the bo ssam at Momofuku, followed by anything at Momofuku Noodle Bar vers 2.0.

Adam Kuban, Serious Eats: My favorite meal of the year was Thanksgiving at Eleven Madison Park.

William Tigertt, Freemans Restaurant: Those pig head sandwiches at Resto combined with a Belgium ale. It sums up this year: edgy, porky, and casual paired up with high quality alcohol.

Zach Brooks, Midtown Lunch: 3. If you're talking about Midtown, it's got to be Five Guys Burgers & Fries. No bigger grand opening. No better burger and fries in Midtown (for under $10 of course).

LS: 3. First dinner at the bar at Ssam Bar; first bo ssam feast at Ssam Bar (tie). You know what never gets enough credit for the success of Ssam Bar? The OB beer. 2. Last day of the season at the Red Hook Ballfields. Really no reason to have eaten again since then, except out of habit. 1. Opening night at Wakiya. For sheer laughter's sake alone.

BL: I have to go with the tide on this one: the first Bo Ssam of the year at Ssam Bar. Everything on the menu, bo and rib eye, hams, brussels sprouts, sweet breads, uni, and those magical little balls of mochi. Runner-up: That first wonderful, glorious night at Morandi. Bad: Three-way tie. Wakiya, meals one, two and three.