LOWER EAST SIDE—DumplingWire: "Dumpling House on Eldrige Street in Chinatown is closing for renovations starting tomorrow. A hand written sign in the shop (above) says they hope to reopen shortly after the new year and encourages customers to get their dumpling fix taken care of up at Dumpling House's sister restaurant, Vanessa's dumplings." [EaterWire Inbox] 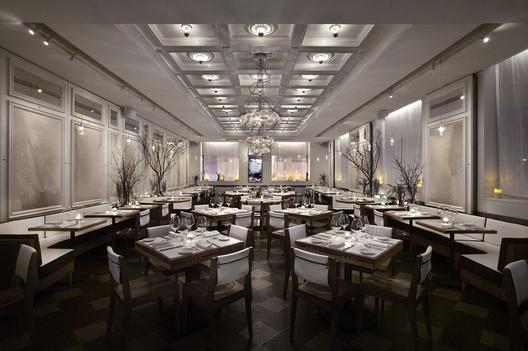 UPPER EAST SIDE—And here (above) we have the reveal on Park Avenue Winter, season three in Michael Stilman's four-season restaurant experiment on the Upper East Side. No question she's pretty, but also a tad frigid, non? Just looking at this photo is enough to make a grown man wear fur (which, note the genius, on second thought, many of Stilman's customers do anyway). [EaterWire]