Very quietly, the West Village wine bar—and 'enoteca e salumeria', as stated on their business cards—Gottino has opened to the neighborhood. The venue is owned and run by Michael Bull, with Jody Williams behind the scenes as investor. Eater stopped in at the plywood vet last night, based on a UD tip, and found an excited Jody Williams, an impressed Mimi Sheraton and a wine bar mostly ready for prime time. It'll be an excellent edition to the neighborhood, especially when the back garden (below) opens. For now, we do approve of the Yankee photos and taxidermy (below) accents, the latter of which is a Williams favorite. It's also superbly located to accept Gusto and Morandi run-off, if locals don't immediately take to it. Final thought: Given its proximity to our sweet sweet Morandi, it does sting a little to see the exact kind of bites, such as the binges, that would take it up a notch at Keith's joint during afternoon and late-night service. Hint. 52 Greenwich Avenue, West Village; (212) 633-2590. 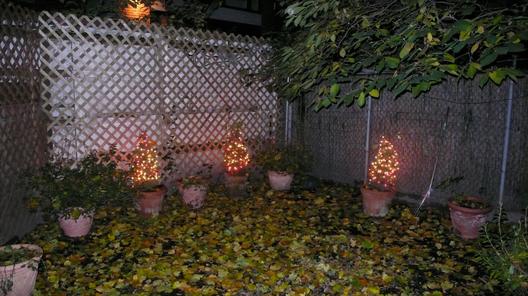